The past year has been a whirlwind for aerospace stocks — from airlines getting hit hard by the pandemic to the approaching reality of commercial space flights — investors have a lot to consider when it comes to investing in that sector over the next decade. While it’s impossible to know with certainty exactly how the segment will evolve, the sector looks likely to change significantly over the next 10 years.

That means that long-term investors have a chance to start building positions that could pay off handsomely in the decade to come. Now is a great time to create a watchlist of stocks that look likely to have a hand in reshaping aerospace stocks as we know them.

With 2020 coming to an end, what will aerospace stocks look like by 2030? Here’s a look at seven trends to watch over the next decade.

What was once a pipe-dream is becoming closer and closer to reality — commercial space flights are likely to make their debut at some point over the next 10 years. Analysts across the board agree that the so-called “space economy” is a multi-trillion opportunity over the next decade, suggesting that investors who get in now stand to profit in a big way.

But the reality of investing in space travel today is that the choices are limited. Some of the biggest names in the industry — SpaceX and Blue Origin, for example — aren’t accessible to most ordinary investors.

Virgin Galactic (NYSE:SPCE) is the only pure play on space travel. The firm made a splash on the market last year when it sought an IPO via a Special Purpose Acquisition Company (SPAC). But SPCE isn’t the only way to play space travel. Big names like Boeing (NYSE:BA) also have a hand in putting people in space. Its rockets have been responsible for some of the biggest launches in history.

While Boeing is not a pure play on space travel, it’s a good option for risk-averse investors.

For investors looking for a space-focused company, the options are extremely limited — but that’s not going to last long. After SPCE was brought to market via a SPAC deal, it’s only a matter of time before space travel IPOs come flooding in.

Just a few weeks ago, space transportation firm Momentus announced it would merge with Stable Road Capital (NASDAQ:SRAC). The deal is expected to move forward next year and could be the next big space-related IPO that ordinary investors can take part in.

But with space travel hot on investors’ minds, Momentus will probably be the first of many SPAC IPOs to make waves over the next decade. While there’s no way to know for certain the type of company that a SPAC plans to take public, investors willing to do some legwork could get in early on a space-related SPAC IPO.

Many SPACs lay out their plans in their SEC filings, giving investors some idea of the industry in which the firm will be looking for a deal. Plus, SPACs typically have a deadline of two years to find a viable deal, so by keeping an eye on soon-to-expire SPACs, traders can do some research to find one that’s motivated to close a deal soon.

The Rise of Space-Focused Funds 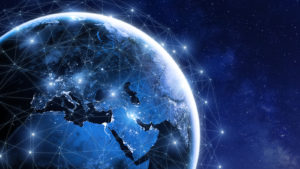 Another trend that’s likely to offer investors a chance to invest in the potential of the space economy is space travel-focused funds.

Right now, there are a wide variety of aerospace funds that give investors the opportunity to invest in the industry as a whole. While those certainly offer some exposure to the growing space economy, their diversity means the gains will be limited.

The Procure Space ETF (NASDAQ:UFO) is the first fund that sets out to offer investors a pure play on the space travel industry. The fund aims to invest heavily in companies with exposure to space-related business—80% of its portfolio is made up of firms that generate at least half of their revenue from such business.

UFO is the only fund of its kind, but as more space-focused companies come to the market, investors can expect to see similar offerings crop up.

Aside from space travel, the airline industry also looks likely to see a huge shift in the wake of the global pandemic. The novel coronavirus has hit carriers hard as ultra-low passenger numbers make it impossible to offset their high fixed costs. Not only that, but airlines have become highly leveraged over the past few years, making an unprecedented slump like this one even more disastrous.

For that reason, investors can expect to see consolidation in the industry over the next few years. Companies that survive coronavirus intact could still be limping along under massive debt obligations, and those that don’t will be ripe for the picking.

Only a handful of airline companies around the world have manageable debt levels—Southwest (NYSE:LUV) and Ryanair (NYSE: RYAAY) come to mind—and those firms will have the ability to invest in future growth when all is said and done.

Investors should also keep in mind that some of the large legacy carriers will likely see massive government bailouts, which could also put them in the market for snapping up cheap growth opportunities. 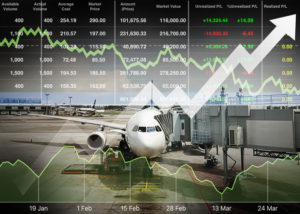 What does that look like? It’s unclear exactly how the airline sector could change in the wake of the coronavirus, but there are some signs that suggest potentially monumental shifts in the way the industry operates.

For one, there’s the fact that business travel is unlikely to ever return to previous levels. The normalization of conducting remote business means far fewer companies will be sending their employees around the world for face-to-face visits. That means airlines that relied on frequent flier programs for repeat customers and offered amenities to business travelers could see their model start to deteriorate.

Plus, there’s some question as to whether the current focus on avoiding big crowds will continue. That could give rise to smaller independent carriers who offer customized service with fewer passengers and less airport hassle.

Defense to Remain a Safe Haven 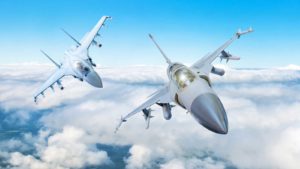 The defense sector has long been a safe haven for investors looking to add exposure to the aerospace industry to their portfolios. That’s a trend that will likely continue well into the next decade. Not only do big name defense firms like Boeing and Raytheon (NYSE:RTX) have their hands in the space travel industry as well, but they are likely to continue collecting on huge government contracts in the name of defense.

Many are expecting to see defense spending hold steady at roughly 3% of GDP over the next few years regardless who is elected in November. That suggests that defense contractors will continue to enjoy relatively predictable revenue streams.

But the rising tension with China could see the government’s defense spending rise significantly over the next few years. During the Cold War, defense spending rose to between 5% and 10% of GDP. If rhetoric between the U.S. and China continues to escalate in the year to come, we could see a Cold War of sorts between the two nations. 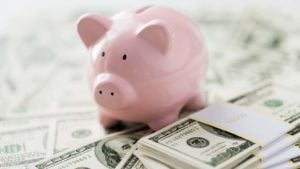 Regardless of which segment of the aerospace industry investors are considering, there’s a single golden rule that holds true across the board: Cash is King.

The coronavirus pandemic has opened the door for some huge shifts in aerospace stocks, and the companies that will make the most of this opportunity are those that have the cash to invest in future growth trends. If you’re looking for aerospace stocks to buy today and hold on to through the decade, the best way to find a winning player is by looking at cash flow.

While every industry is different with regards to the amount of cash on hand, long-term investors should be looking for companies that are well-capitalized compared to their peers. That means they will have the ability to shift alongside the changing landscape and push out their struggling competitors.

On the date of publication, Laura Hoy held a LONG position in RYAAY.

Laura Hoy has a finance degree from Duquesne University and has been writing about financial markets for the past eight years. Her work can be seen in a variety of publications including InvestorPlace, Procurement Nation, Yahoo Finance and CCN.

OPEC oil production continues to rise due to Libya and Iraq,…

These 3 Large Caps Are Strong Performers

These 3 Large Caps Are Strong Performers