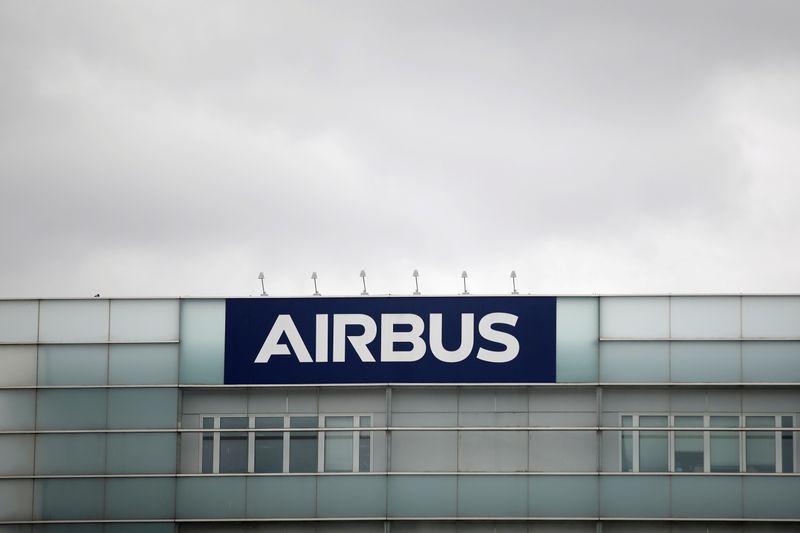 © Reuters. FILE PHOTO: A logo of Airbus is seen at the entrance of its factory in Blagnac near Toulouse

PARIS (Reuters) – Airbus (PA:) said on Thursday it expected to reach cash breakeven in the fourth quarter, giving investors the first glimpse of future performance since the start of the coronavirus crisis after halting the bleeding of cash in the third quarter.

The European planemaker, which is slashing jobs to cope with collapsing air travel demand, also took a 1.2-billion-euro ($1.42 billion) restructuring charge that drove it to a loss despite better-than-expected underlying operating profit.

Underlying or adjusted operating profit of 820 million euros marked a 49% drop from the same period last year, while revenues fell 27% to 11.2 billion euros.

Analysts were expecting quarterly adjusted operating profit of 708 million euros on revenues of 11.439 billion, according to a company-compiled consensus.

Airbus said it had contained cash outflows in the third quarter as it narrowed a gap between production and deliveries to airlines, which had slumped at the outset of the crisis.

However, the announcement came as France and Germany, where Airbus has its main factories, announced new restrictions to try to contain a resurgence of the COVID-19 epidemic.

Airbus has been saddled with a backlog of some 145 aircraft that airlines have postponed absorbing into their fleets as they struggle to survive the crisis. It said that this overhang of undelivered jets had shrunk to 135 planes by end-September.

The company has shored up deliveries partly by striking storage agreements with airlines unable to put jets directly into service. But some industry sources said a new lockdown in France raised new questions about its ability to deliver jets.

Airbus has said its planning reflects talks with customers.

The company said its new restructuring charge may have to be reassessed depending on ongoing talks with unions over 15,000 job cuts, though it said these had “advanced well”.

Chief Executive Guillaume Faury warned staff last month that cuts could include the first compulsory redundancies at Airbus as air travel failed to rebound as quickly as hoped.

Airbus also shed more light on a recent effort to smooth a long-running trade row with Boeing (NYSE:) and the United States over aircraft subsidies by resetting the terms of French and Spanish government loans, saying it had cost 236 million euros.

The loans have been ruled illegal by the World Trade Organization, leading to U.S. tariffs on European goods. The European Union this week formally won the right to put its own tariffs on U.S. goods over aid for Boeing that the WTO found illegal. Both sides claim to have withdrawn illegal support.