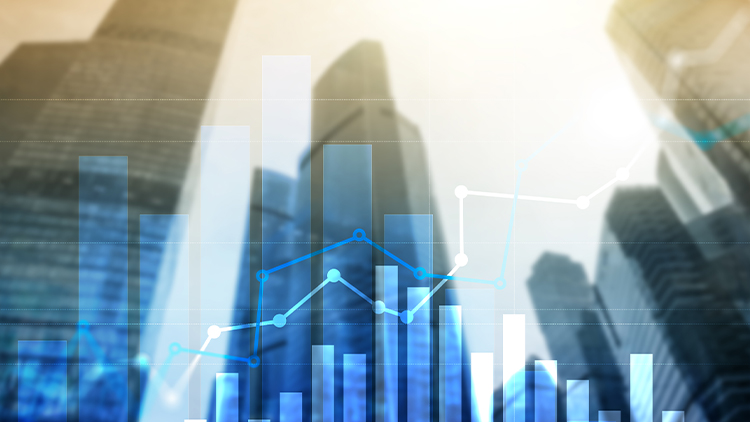 Amazon.com is set to unveil its third quarter earnings after the market close on October 29 – one of several tech titans reporting their results that day. After a spectacular earnings beat in the second quarter, the online retail behemoth could be about to treat investors with another strong set of results as the ongoing pandemic has largely kept people away from high streets and malls even as most stores have reopened.

The spring lockdowns around the world were a boon for online businesses and even more so for established brands such as Amazon. Whilst the lockdown effect is likely to have subsided in the months after May, footfall in shopping districts is nowhere near pre-pandemic levels and social distancing has only accelerated a trend that had started long before COVID-19 struck the world.

But e-commerce isn’t Amazon.com’s only source of income. Its cloud business – Amazon Web Services (AWS) – has been growing in significance in recent years, generating 12% of total revenue in the June quarter. The importance of that segment is even greater when looking at profitability as AWS operates at a much higher profit margin than the online retail business, particularly the international division, which, until Q2, was still making a loss.

Looking for clues on Prime membership

However, despite the boom in cloud computing, revenue growth in AWS has slowed somewhat in 2020 as the company faces stiff competition in the sector from the likes of Microsoft’s Azure and Alphabet’s Google Cloud Platform. The performance of AWS will be one of the things investors will be paying most attention to along with subscription revenue from Amazon Prime.

Amazon’s CEO, Jeff Bezos, had said back in January that membership to the Prime service had reached the 150 million milestone. As the company doesn’t regularly update investors about its subscriber numbers, income from Amazon Prime is the best guide as to how many new members the service is adding. 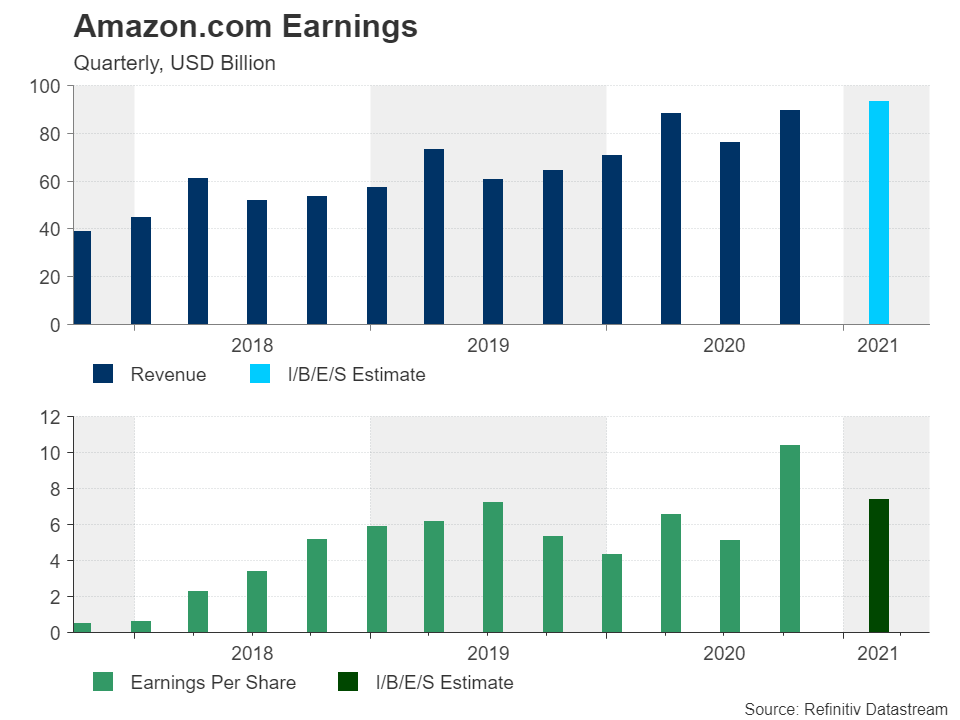 Amazon stock has so far had a stellar 2020, surging by more than 70% in the year to date and easily outstripping the broader tech sector; the Nasdaq Composite is up a ‘mere’ 28%. But the incredible share price performance also means the stock is overvalued by most metrics. Its trailing price/earnings (PE) ratio is astoundingly high, standing at 122.10 as of October 23, far above that of its main competitors, and compares with an industry mean of 17.1. The 12-month forward PE is only marginally less troubling at 73.9. 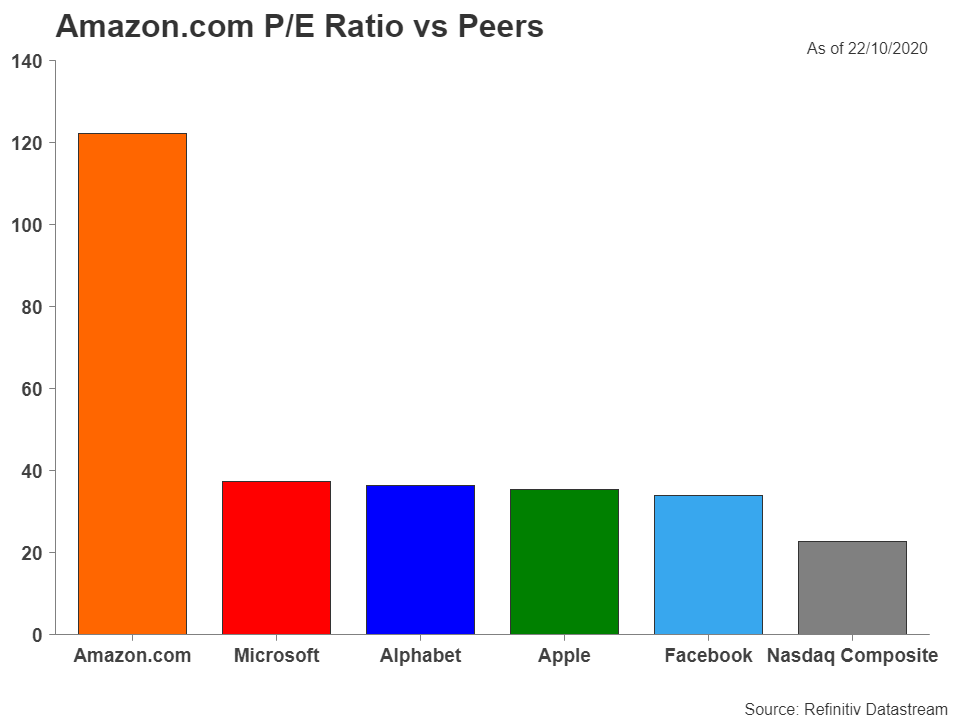 However, analysts are still bullish about Amazon stock, maintaining their mean recommendation of a ‘buy’, while the median price target has been rising steadily since May. At $3,725, the price target is well above the current share price, indicating the stock has further room to run higher before investors consider it overvalued.

Nevertheless, the stock could be susceptible to a sharp sell-off if the earnings disappoint. The price is currently trading slightly above the 23.6% Fibonacci retracement of the March-September uptrend at 3097.66. A drop below this level would open the way for the 38.2% Fibonacci at 2816.43 before heading for the 200-day moving average (MA) at 2582, which is near the 50% Fibonacci.

On the other hand, another impressive earnings beat could propel the price back above the 50-day MA at 3226, taking it within a closer range of its all-time high of 3552.25.

As always, however, the Q3 results might be a secondary factor for traders, with the Q4 guidance possibly attracting more interest. Following the postponement of this year’s Prime Day from July to October due to the pandemic, Q4 earnings are likely to be boosted from the popular online event. The company has already reported that third-party sales from Prime Day reached $3.5 billion and if first-party sales are equally strong, combined with Black Friday and Christmas sales, Q4 could prove to be a record-breaking quarter.

Hence, any figures that are revealed about Prime Day, as well as on Amazon Prime subscribers, could be potential stock movers.