Last week, we saw AMD’s Ryzen 5 5600X claim the top spot within the Passmark single-threaded performance chart but that feat has now been surpassed by the big daddy of the Ryzen 5000 CPU lineup, the Ryzen 9 5950X.

When we talked about the AMD Ryzen 5 5600X last week, we did mention that it would easily be surpassed by its bigger Ryzen 9 and Ryzen 7 siblings when they get tested within the same single-threaded performance test. That turned out to be true as AMD’s fastest and most powerful Zen 3 CPU, the Ryzen 9 5950X has now been listed in the performance chart (via Videocardz) with an astonishingly huge performance number than obliterates all previous generation AMD and Intel CPUs (Ryzen 3000 & Intel 10th Gen). 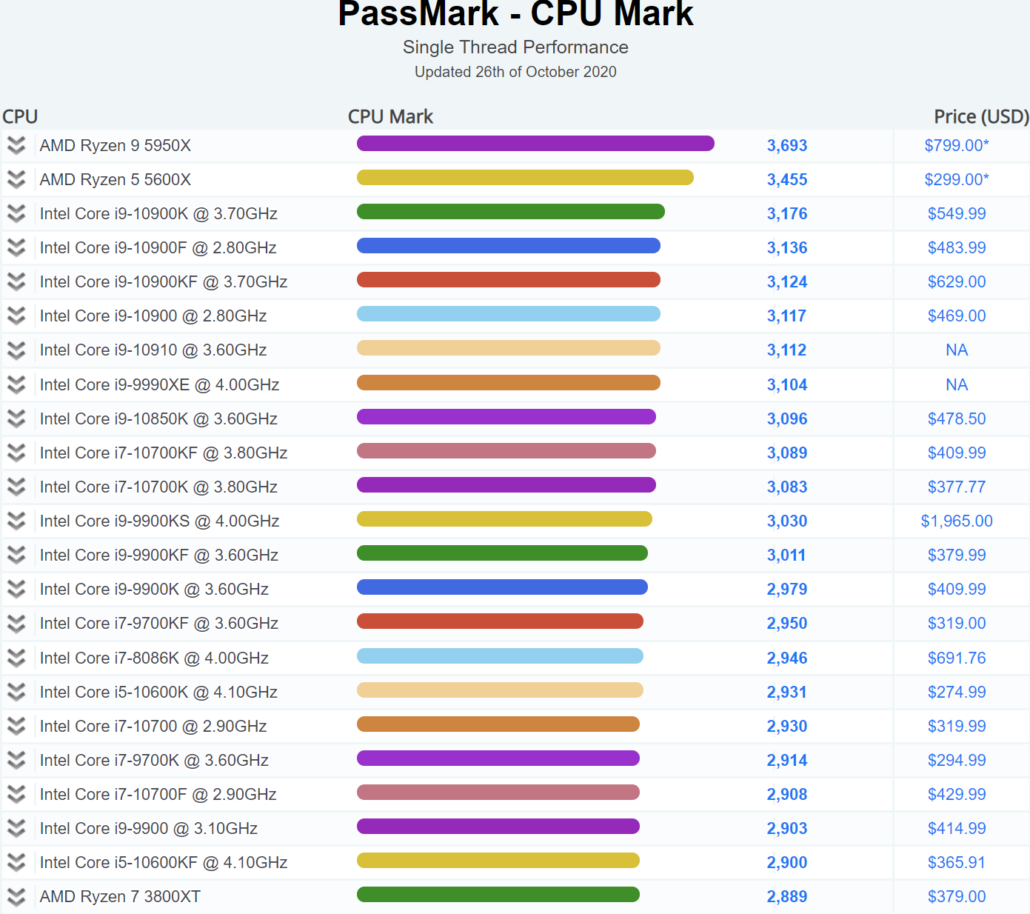 Even versus the Intel Core i9-10900K which is apparently the only competition it has from the other side, the Ryzen 9 5950X scores a 16% lead which is mighty impressive. Sure the AMD Ryzen 9 5950X has a higher price of $799 US but even then, the Core i9-10900K is pretty short in supply and hence the stock that is available is priced way about the MSRP of $549 US, and the chip can be found on various retail outlets for over $800-$900 US. It is just mind-blowing to see AMD now in command of the single-core performance benchmarks, beating Intel by huge double digits jump with ease. This goes off to show just how powerful AMD’s Zen 3 core architecture is and we can’t wait to see it in action on the 5th of November. 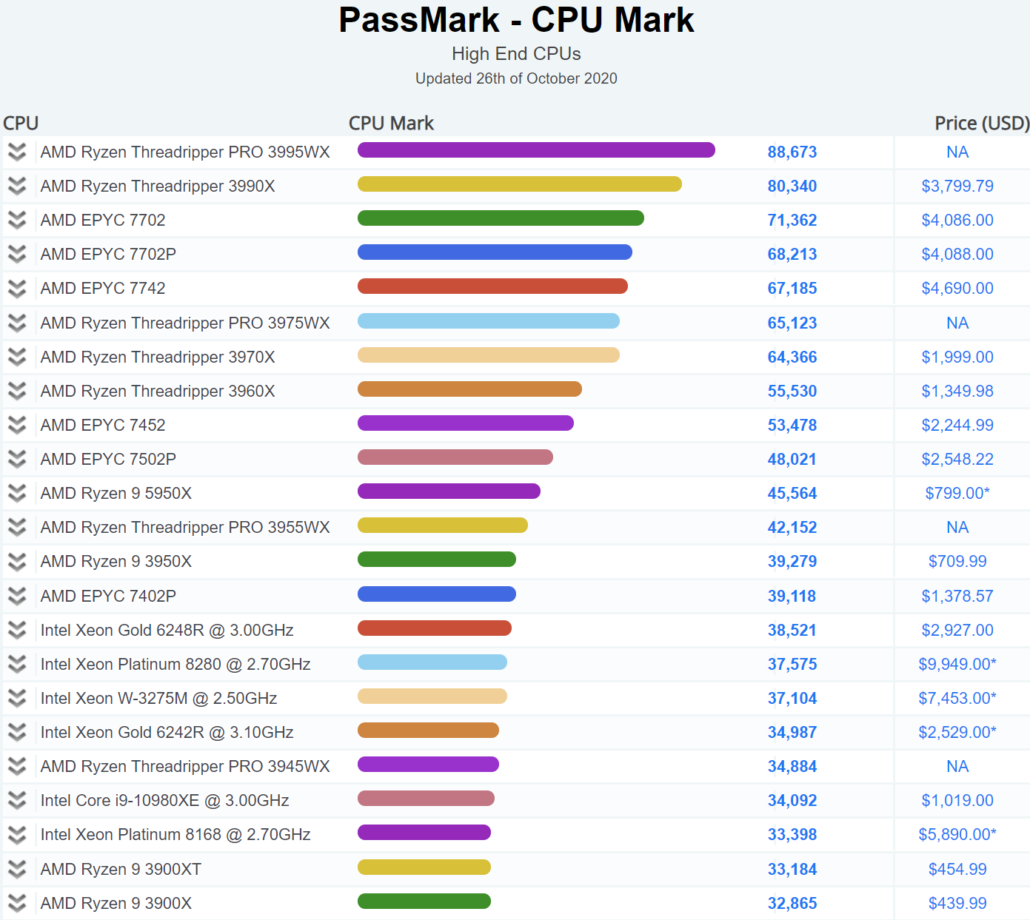 The latest entry of AMD’s Ryzen 9 5950X “Zen 3” Desktop CPU was also spotted in Geekbench 5 by TUM_APISAK. This time, the chip was spotted running at 5.04 GHz average clocks with the fastest cores clocking in up to 5038 MHz. The fully valid entry shows the AMD Ryzen 9 5950X scores 1700 points which are simply insane for the Zen 3 based CPU. The chip was running on an ASUS ROG Crosshair VIII Formula motherboard with DDR4-3600 memory. 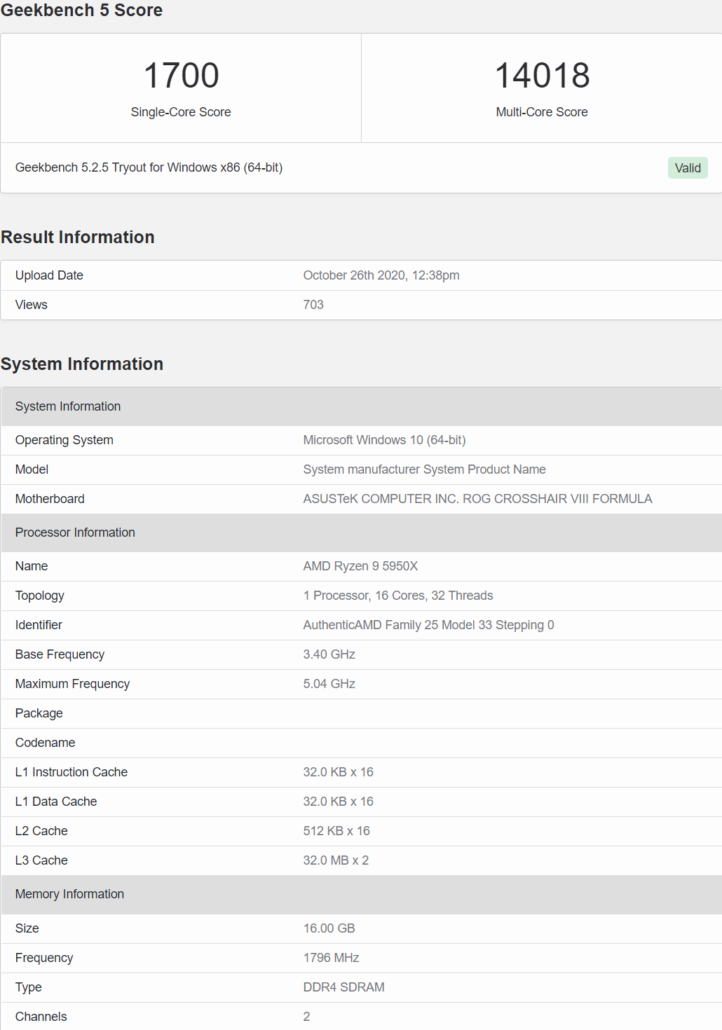 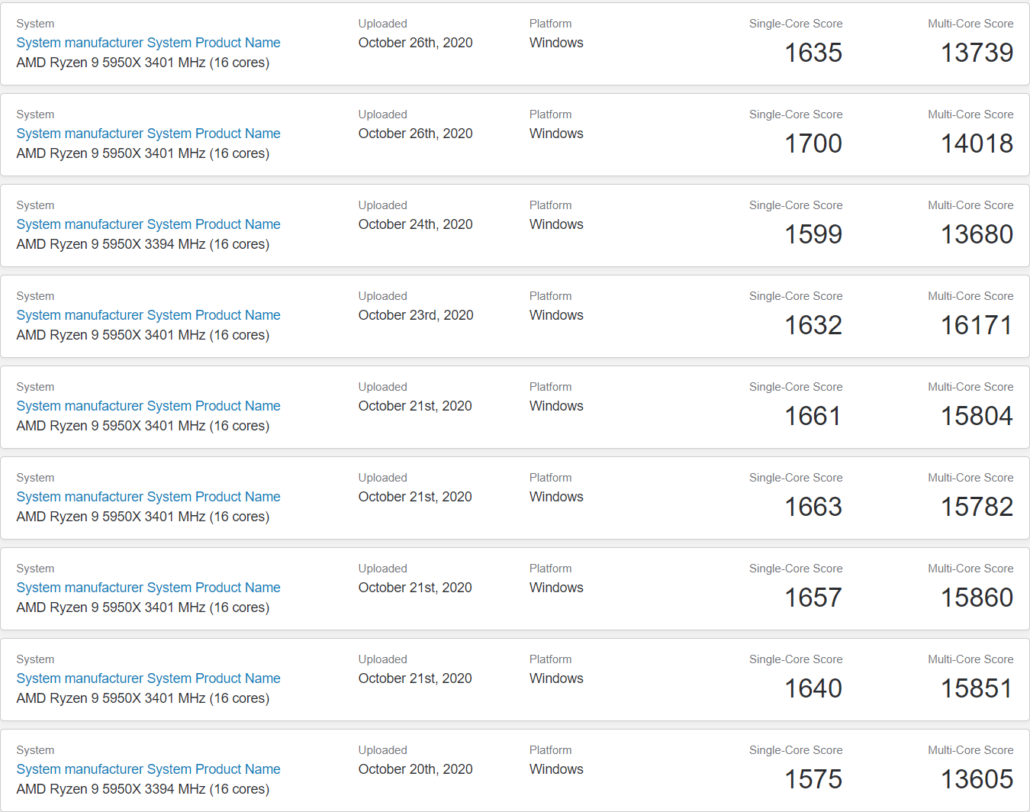 Starting off with the top of the line parts, AMD is announcing the Ryzen 9 series which is made up of the Ryzen 9 5950X. The Ryzen 9 5950X is the flagship 16 core part which is aimed at users demanding heavy multi-threading performance on AM4 sockets.

The chip has a total cache of 72 MB and a TDP of 105W. The chip features a boost clock of up to 4.9 GHz boost which when put together is just stunning for a 16 core part. The AMD Ryzen 9 5950X is going to cost $799 US and will be available on the 5th of November like the rest of the lineup.

All 500 series motherboards (X570/B550) will be receiving BIOS updates to support the next-gen lineup so if you’re planning to get a Ryzen 5000 CPU at launch, you better head over to this link and grab one that’s supported for your motherboard (do note that 400-series support comes later around January 2021).

Which AMD Ryzen 5000 Desktop CPU are you most excited about?