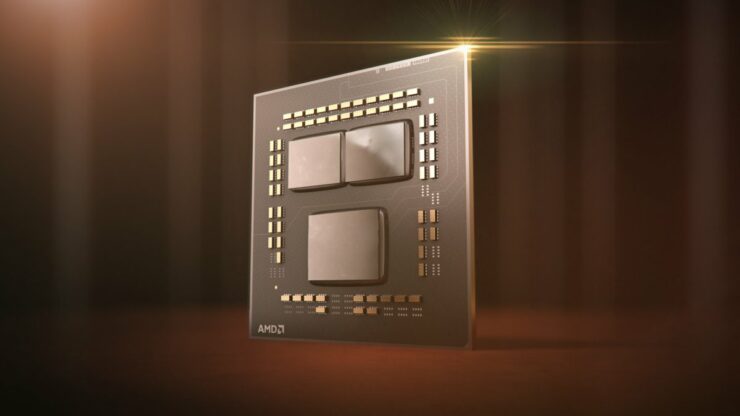 AMD’s Zen 3 architecture brings a massive improvement to IPC and that is reflected in the latest PassMark benchmark list where the Ryzen 5 5600X CPU has just claimed the top position in the single-threaded performance charts.

Spotted by Videocardz, the AMD Ryzen 5 5600X “Zen 3” Desktop CPU now holds the top position in the PassMark single-threaded benchmark list. The CPU which is going to be positioned against the Intel Core i5-10600K exceeds the single-threaded performance of the Core i9-10900K which is very impressive. 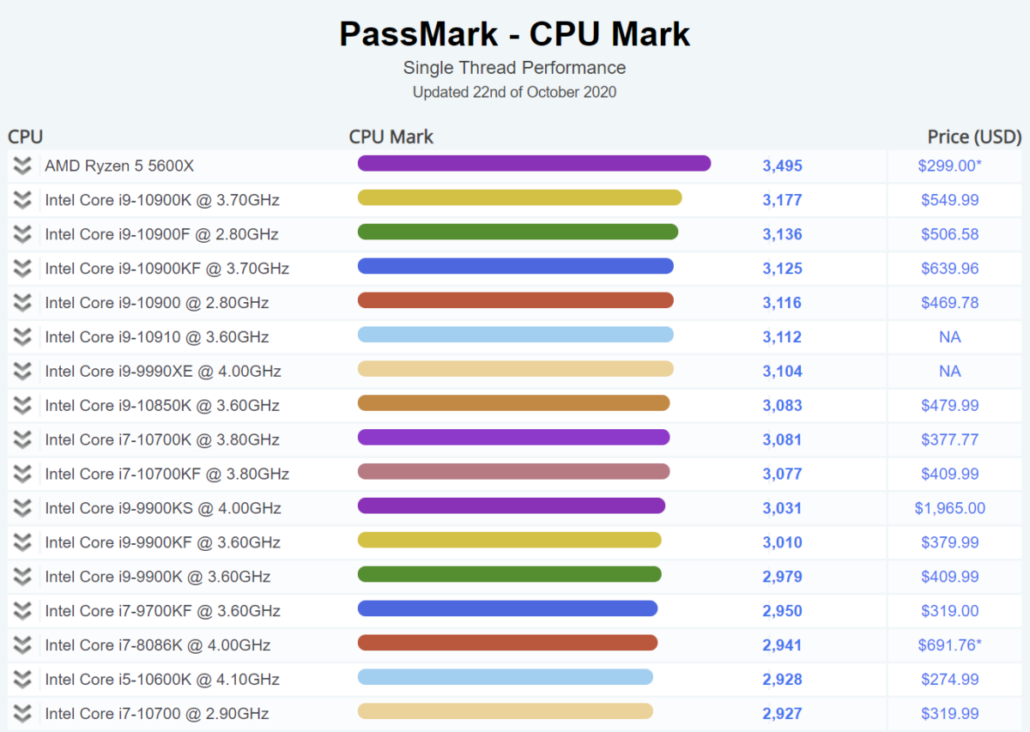 Sure the AMD Ryzen 5 5600X is going to be priced $50 US more than its predecessor, the Ryzen 5 3600X / Ryzen 5 3600XT but at the same time, the CPU will deliver much higher performance in both single and multi-threaded workloads while being more efficient. We can see a performance jump in gaming as a direct result of the improved single-threaded performance which would give even Intel’s top Core i7 and Core i9 CPUs a run for its money. We can expect the Ryzen 5 5600X to carry the same legacy as its predecessor which is one of AMD’s most successful mainstream CPU to date.

The AMD Ryzen 5 5600X is a 6 core and 12 thread CPU. This chip is marketed to be the best 6 core processor in the market for gamers with its impressive clock speeds of 3.7 GHz base and 4.6 GHz boost clocks. The chip features a total of 36 MB of cache and a TDP of 65W. The CPU is expected to be priced at $299.

The Ryzen 5 5600X along with the rest of the three Zen 3 Desktop CPUs are planned for launch on the 5th of November which is 2 weeks from now. The CPUs will initially be compatible with the 500 series (X570 / B550) motherboards while there’s planned support for 400-series motherboards too by January 2021.

Which AMD Ryzen 5000 Desktop CPU are you most excited about?

Wolk’s Week In Review: Quibi calls it quits and Netflix takes a hit

Wolk’s Week In Review: Quibi calls it quits and Netflix takes a hit