The stock has been jolted back to life after a long period of hibernation and this is all due to news about electrical vehicles (EVs).

Now, for investors who missed the upside or those holding the stock and wondering about the next step, I explore the underlying fundamentals plus the competition bearing in mind that the company makes and sells 97% of its product in China.

According to the IMF, the Chinese economy has enjoyed positive growth from April through to June.

This has translated into higher revenues for CBAT at a rate of increase of 22% for H1-2020 compared to the same half last year.

Also, looking deeper, most of these revenues came from batteries used in uninterruptible power supplies and other applications requiring high off-grid power.

Talking diversification, CBAT’s products are used in a variety of applications, including electric vehicles, such as cars and buses.

The company also manufactures five types of rechargeable Li-ion batteries which are mostly sold to assembly plants as components for electronic devices, one of the most prominent example being the mobile phone.

CBAT has also recently expanded activities to cover light electric vehicles such as electric bicycles. This is timely move and has the potential to bring in additional revenues taking into consideration that the global E-Bike market is projected to reach $38.6 billion by 2025 from an estimated $21.1 billion in 2018, a 9.01% CAGR (annual growth) during the forecast period.

Despite the higher revenues of the first half of this year, the company has suffered from an operational loss of $2.9 million. The primary reason for this is the cost of revenues consisting of raw material and factory employee remuneration being on the high side.

Figure 4: Revenues for H1-2020 with amounts in thousands of dollars.

Additionally, write-downs of obsolete inventories executed at lower than market prices of $457K were incurred. This represents about 4% of net sales.

Exploring further, while the manufacturing sector normally has to maintain high inventory levels at about 18% of sales, writing down 4% of these as is the case for CBAT during Q2-2020 is exceptionally high.

Now, write-down of inventory is an indication that it is impaired or less than market value and is normally due to inability by the sales team to sell at the intended price as a result of competitive pressures.

Also, according to the company, further write-down may be necessary if market conditions continue to deteriorate. 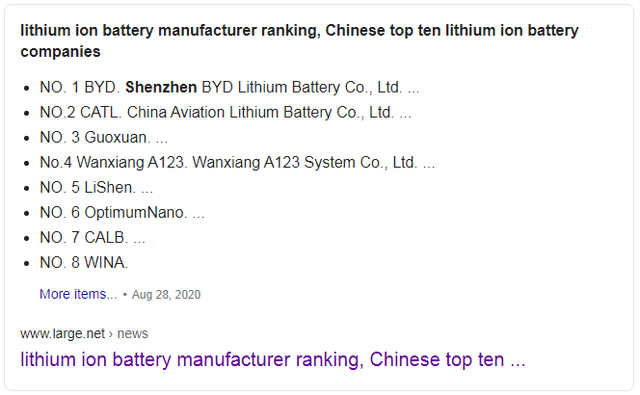 As a result, gross profits were only $294K. Subsequently, despite the company reducing R&D and sales expenses considerably by 27% and 70% respectively, it still ended the second quarter with an operating loss.

In order to check whether such a low gross margin can be pervasive in the manufacturing industry, I performed a comparison with peers. 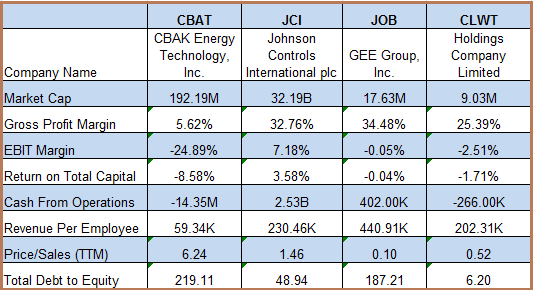 Those low gross profit margins of only 6% compared to peers’ five times more shows that production processes at the factory including inventory management do not have the required level of efficiency to sustain high sales and marketing expenses which companies operating in competitive sectors have to incur. 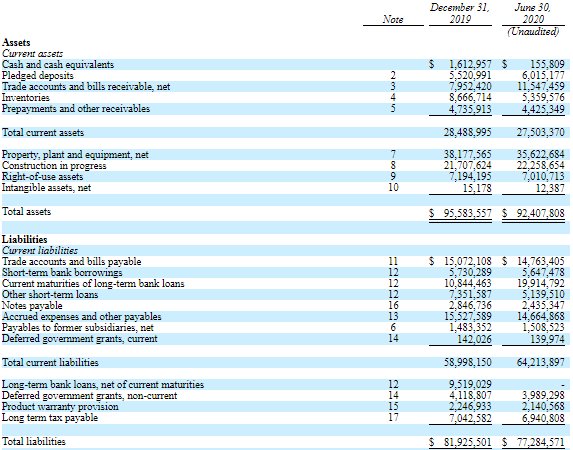 As for assets, total current assets were $27.5 million with total current liabilities being at $64.2 million, resulting in a net working capital deficiency of $36.7 million.

Moreover, looking at existing liquidity, the company had unutilized committed banking facilities of $6.8 million and intends to raise additional funds through bank borrowings to meet daily cash demands, if required.

Furthermore, on the negative side, according to the company’s SEC filings filed in August the Chinese government has reduced the amount of subsidies available to electric vehicle makers over the years.

These subsidies were provided to promote the use of electric vehicles to combat the growing environmental pollution problem.

Finances could deteriorate further unless the company is able to come up with a differentiated product strategy.

In this case, given the changing market environment, CBAT plans to continue focusing resources on the existing cylindrical batteries for the UPS (Uninterruptible Power Supply) market.

More importantly, this strategical change will not entail additional expenses as it will temporarily reduce the investment on R&D in new products for the EV market. 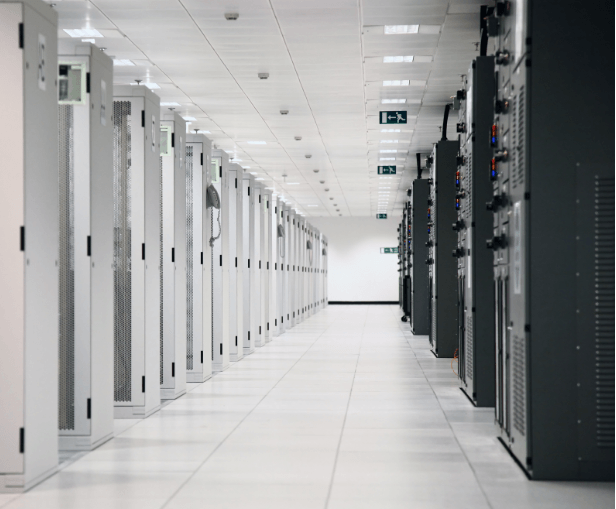 Now, secured or backup power is a rapidly developing market due to increase usage of the internet and working-from-home practices which in turn have exacerbated the demand for IT infrastructure in datacenters.

Now, datacenters need to be backed up in terms of energy availability in the case of sudden power failure, so as to ensure that IT operations of key services like banking are not disrupted.

The advanced battery system made possible by lithium has up to 46% smaller footprint and is up to 20% lighter compared to the conventional lead-acid battery system normally used in UPS products. Additionally, with a simplistic and compact design for convenient maintenance, the new lithium batteries decrease total cost of ownership by up to 40%.

Therefore, the strategy to focus more on the UPS market makes sense but a lot will also depend on the execution.

Looking from an industry-wide perspective, there has been some more recent news in September that the Chinese president has made a commitment for the country to go carbon neutral by 2060, but information is not currently available as to the measures which will be taken and whether relevant for CBAT.

The company can finance its liquidity requirements from short-term bank loans or issuance of capital stock.

One of the factors which could actually help CBAT is a recent contract won from Haier Smart Home, a subsidiary of the Haier Electronics, the Chinese multinational home appliances and consumer electronics manufacturer which sells everything from refrigerators, air conditioners, mobile phones, computers and televisions.

The contract, for an undisclosed amount is for Haier’s project in the smart home market as well as the Intelligent Manufacturing Information System field and aims to “produce more favorable home appliance for consumers and the products fit their life style better.”

Entering the supplier base of Haier is quite a remarkable achievement with the stock gaining 15% on the news on September 15. More importantly, the stock gained nearly 75% some ten days later in the wake of Tesla’s (TSLA) battery day and analysts at JP Morgan being optimistic about China’s NEV (new energy vehicles) market.

Finally, looking from the wider perspective, according to the IMF while growth will be highly uneven on a global basis, the Chinese economy should grow by 1.9%.

CBAT producing mostly for the Chinese market could benefit. 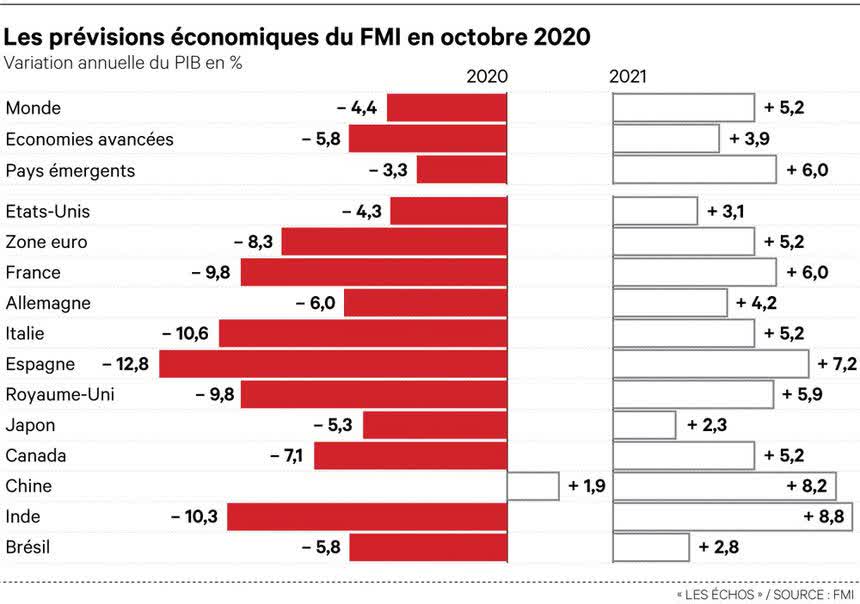 In addition to that entry into Haier’s supplier base, there could be possible benefits from the changes in the lithium battery market dynamics in the U.S. as the country encourages domestic production of rare earth metals.

In this case, CBAT is a Nevada corporation that is subject to U.S. corporate income tax and operates through subsidiaries in China.

Finally, given the current loss-making status together with working capital deficiency, risk-averse investors may note that there are doubts about the company’s ability to continue as a going concern and this, in case CBAT is not able to raise enough finance through loans or equity offerings.

Hence, the battery manufacturer is trying its best to beat the odds and there are some preliminary indications that calmer waters may be in sight.

It is for this reason that it would be wise for investors to wait for the next quarter earnings call to obtain a more precise idea as to whether there are real opportunities behind these indications.

Additional disclosure: This is an investment thesis and is intended for informational purposes. Investors are kindly requested to do additional research before investing.

This is How Natural Gas Reacted to the Latest EIA Report