Energy stocks are suffering through their worst retreat in almost a century.

In the biggest drop of any sector going back to 1928, energy stocks have lost 60 per cent more value than the S&P 500 Index has, data from Sundial Capital Research show. In calculating maximum declines from the three-year high for each index sector minus their drawdowns in the broad benchmark, Sundial found that normally a sector’s relative losses stop at around 35 per cent.

Energy consumption has been hit hard by the coronavirus pandemic and its travel restrictions. The Organization of Petroleum Exporting Countries and its allies have not been able to keep supplies in check. And oil is on track for its largest monthly decline since March.

“This is an industry that remains in transition and until we get to a return to travel, which remains impaired globally, demand growth won’t resume,” said Rob Haworth, senior investment strategist at U.S. Bank Wealth Management. 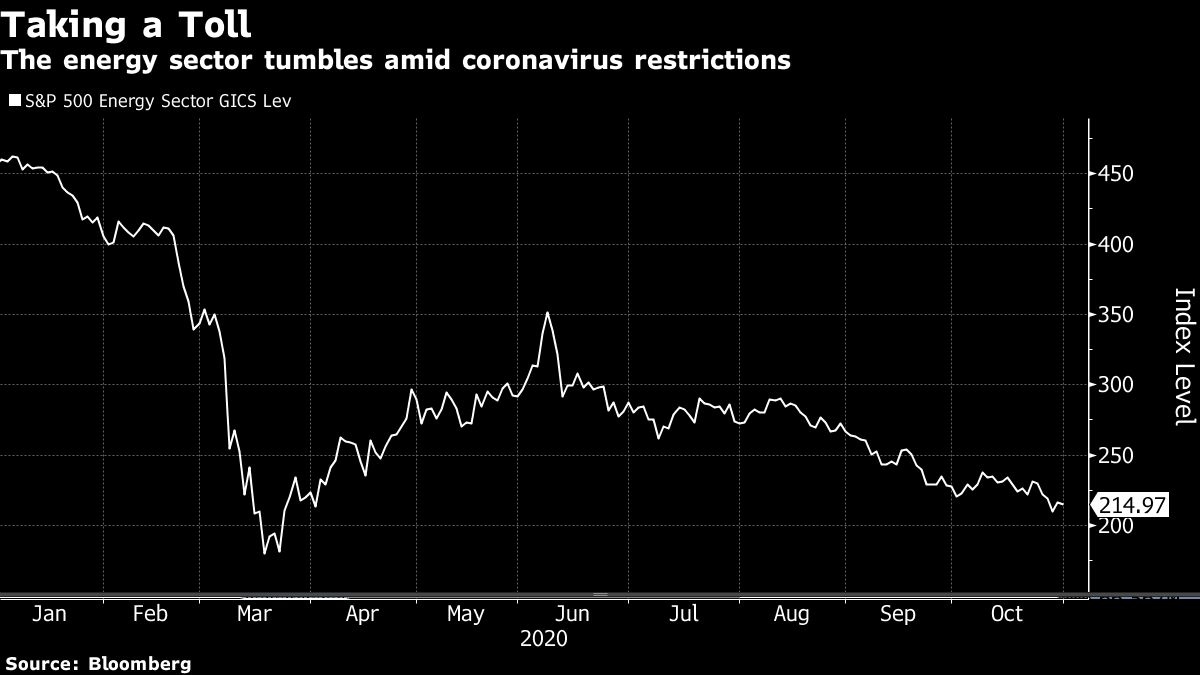 A new spike in coronavirus cases across Europe and the U.S. suggests oil demand will worsen with further lockdowns. The International Energy Agency expects that worldwide oil consumption will not return to pre-crisis levels until 2023. If recovery from the health criss is slower and there’s lasting economic damage, oil demand may only have a couple of years left to grow, the IEA said.

The declines have dragged the sector’s weight within the S&P 500 to a historic low — it now makes up just 2 per cent of the gauge.

The downdraft has sparked massive job cuts across the world’s largest oil giants, with Exxon Mobil Corp. saying it will slash its global workforce by 15 per cent by the end of 2022. The firm reported a third quarter loss of $680 million and its shares fell more than 5 per cent this week to their lowest point since 1998.