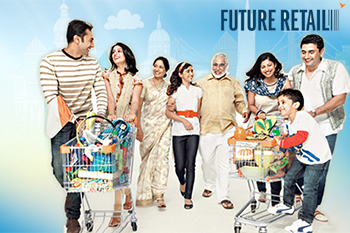 Future Retail Limited will defend against the appeal filed by Amazon in Delhi High Court through legal counsels. According to reports, Amazon.com Inc has filed an appeal in an ongoing dispute against local partner Future Group’s plan to sell its retail assets to Reliance Industries.

“The company is in receipt of the communication dated January 11, 2021, from lawyers of Amazon.com NV Investment Holdings LLC informing that Amazon has filed an appeal before Hon’ble Delhi High Court against the order dated December 21, 2020 passed by Ms. Justice Mukta Gupta (under Order XXXIX Rule 1 and 2 CPC) in Suit filed by the Company in Delhi High Court bearing reference no. CS (COMM) 493/2020.

We shall defend the Appeal through our legal counsels and keep you informed about outcome of the same,” company said in a regulatory filing on Monday.

Future Group, which operates supermarkets and high-end food stores across India, agreed to sell its retail assets to oil-to-clothes conglomerate Reliance in August for $3.4 billion but Amazon has alleged the deal breached agreements Future had made with the U.S. company in 2019.

Amazon also took Future Group to a Singapore arbitrator, which passed an interim order in October saying the Reliance deal should be halted. Future Retail has maintained that order is not binding and has instead mounted another legal challenge in a New Delhi court.