Not a party to the agreement which involves Amazon’s arbitration proceedings; stock dips 5% 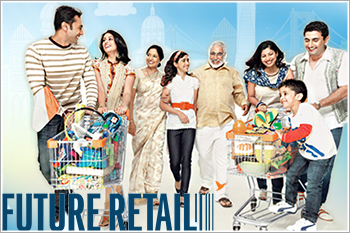 Future Group’s retail arm Future Retail (FRL) has clarified on Monday, regards to the arbitration proceedings invoked by Amazon against the Group. At around 1.38 pm, FRL stock was trading at Rs74.30 per piece down 4.50% on Sensex. The stock has tumbled by more than 9% in early session with an intraday low of Rs70.55 per piece on Sensex.

FRL stated that it has communication from the SIAC, enclosing an interim order of the Emergency Arbitrator in the arbitration proceedings under shareholders’ agreement between Amazon, Future Coupons Private Limited and the promoter group.

On Sunday, the Jeff Bezos-backed Amazon bagged an interim relief from Singapore arbitration court, after the e-commerce giant claimed that the Kishore Biyani-backed group violated an investment contract when it agreed to sell retail assets to Reliance Industries-led Reliance Retail Ventures (RRVL). This comes as a set back to Future Group and the Mukesh Ambani-led RIL who plans to close their deal without any delay.

In a statement to exchanges, FRL pointed out saying, “FRL is examining the communication and the order. It may be noted that FRL is not a party to the agreement under which Amazon has invoked arbitration proceedings.”

On legal proceedings, the company said, “FRL has been legally advised that actions taken by the FRL / its board, which are in full compliance of the relevant agreements and eminently in the interest of all stakeholders cannot be held back in arbitration proceedings initiated under an agreement to which FRL is not a party.”

FRL added, “As per the advice received by FRL, all relevant agreements are governed by Indian Law and provisions of Indian Arbitration Act for all intents and purposes and this matter raises several fundamental jurisdictional issues which go to the root of the matter.  Accordingly, this order will have to be tested under the provisions of Indian Arbitration Act in an appropriate forum.”

Furthermore, FRL also mentioned about the Group’s deal with RIL, saying, “In any enforcement proceedings, FRL would take appropriate steps to ensure that the proposed transaction will proceed unhindered without any delay.”

How the Virus Slowed the Booming Wind Energy Business