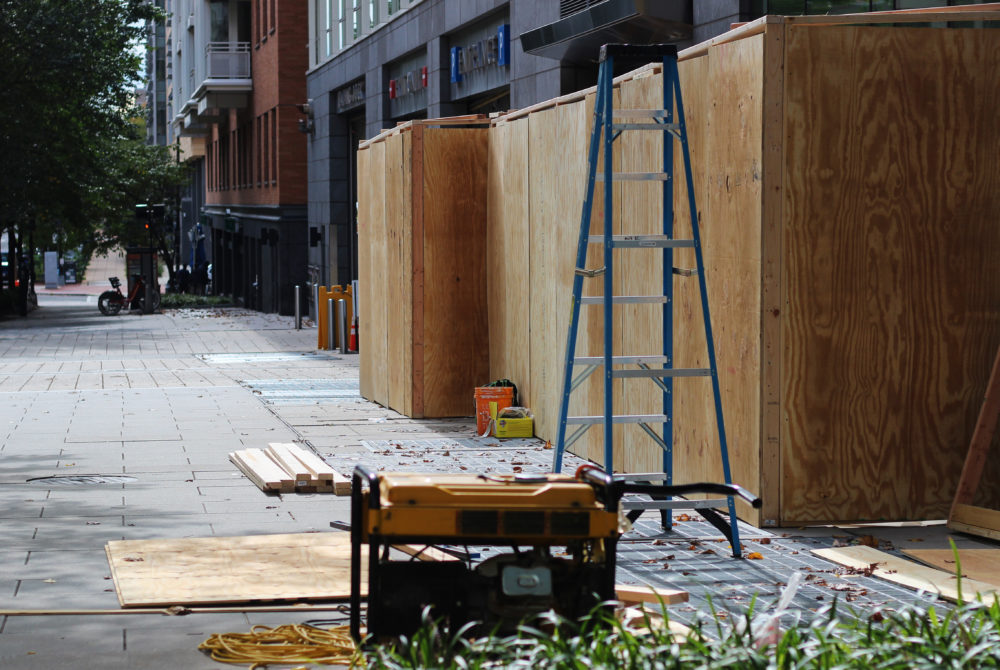 Administrators are urging students to stockpile on food and drinks as D.C. braces for potential unrest following the election.

Officials are pressing students to brace for potential unrest in the District in the days following the presidential election.

Christy Anthony, the director of the Office of Student Rights and Responsibilities, said in an email to students living in the D.C. area Friday that they should gather enough food and other supplies for at least one week following Election Day. Administrators will also restrict access to the Marvin Center and Gelman Library to essential personnel and those with offices in the buildings, according to an email sent last week.

“We suggest preparing for the Election Day period as you would for a hurricane or a snowstorm that would prevent you from going outside for several days to grab food or order takeout,” Anthony said in the email to students Friday.

Anthony said students should be “aware” of their surroundings beginning Tuesday by ensuring doors close and lock and carrying identification and GWorld cards “at all times.”

“If there is a disturbance, seek shelter indoors until normal conditions return,” she said.

Students can receive Election Day operation updates for Foggy Bottom by texting the message “GWELECT2020” to 62733, Anthony said. Officials will also provide text alerts related to the presidential inauguration in January, according to a message sent upon opting-in to the service.

Anthony said students who plan to join demonstrations or celebrations should stay hydrated and dress for the weather. Participating students should also monitor weather reports and keep in touch with someone not in their group, she said.

Anthony said officials will weigh any health policy violations, like gathering in groups of 10 or more people or not wearing a mask, on a case-by-case basis.

“Including during the election period, we trust that you will represent GW well and do your part to help slow the spread of the virus on campus and in the D.C. community,” Anthony said in the email.

Anthony added that students can utilize Counseling & Psychological Services, the CARE Team and academic advisers in the wake of the election.

“Over the next few weeks, you or your friends may experience a number of reactions following the election,” she said. “Having a reaction is both normal and expected. Sometimes emotional aftershocks or stress reactions appear immediately and some may appear in a few hours or several days/weeks after. If and when this happens, we encourage you to reach out to talk to someone.”

This article appeared in the November 2, 2020 issue of the Hatchet.