Futures contracts on the , , and pushed higher on Tuesday as markets recover from Monday’s selloff on positive sentiment ahead of the Georgia Senate runoff later today. European markets floundered as coronavirus cases continue to rise and vaccination progress remains slow.

Gold built on yesterday’s strongest advance since early November, while the dollar extended its drop.

The Index immediately lost the grip of an opening rally in retailers and energy shares, on the news that England was locking down again to prevent what Prime Minister Boris Johnson warned would be a failure of the health system within 21 days if no lockdown were imposed. The announcement followed similar moves in Scotland and Wales.

After opening in the green the fell slightly. The index ended Monday close to its highest level since early March, perhaps boosted by a weakening . sterling to head toward 1.34.

GBP/USD completed a bearish flag—a consolidation during which short sellers cover their positions before they allow the currency to extend its decline.

British clothing retailer Next Plc (LON:) gapped up 6% and extended the rise to 8% after it updated on holiday sales which surpassed October’s guidance. The share price beat pre-COVID levels and reached the highs of late 2015.

Most of Asia was in the green, as investors cheered an by the New York Stock Exchange that it will not delist China’s three biggest state-owned telecommunications companies, only four days after it said it would. The about face deterred another US-China crisis.

South Korea’s was in the lead this morning, up 1.7% and hitting a new closing high for the sixth day in a row, as the Bank of Korea kept its benchmark at an all-time low of 0.50% since May, keeping the market amply liquid.

MSCI’s broadest excluding Japan jumped to a record—Japanese investors were left out of the party, with the lagging in the region, after an announcement that the government is considering imposing stricter lockdowns.

US stocks fell Monday after a particularly volatile session on renewed concerns that the ever-worsening coronavirus pandemic will choke an economic recovery, as well as the continuing acrimonious political situation ahead of Tuesday’s run-off elections in Georgia. The two Senatorial elections are crucial for both US political parties. If the Democrats win both seats they will gain control of Congress, which is conducive to facilitating President-elect Joseph Biden’s political agenda.

One of the bombshells released just this weekend in Washington was a leaked recording of President Donald Trump, pressuring Georgia’s Secretary of State to “find 11,780 votes.” This has triggered of violations of State and Federal Law.

The Index yesterday suffered the worst selloff at the beginning of any year since 2016, as well as the sharpest decline in nearly 10 weeks. While mega caps like Apple (NASDAQ:), Amazon (NASDAQ:) and Boeing (NYSE:) slumped, Tesla (NASDAQ:) jumped as high as 5% and closed 3.5% higher. The EV car maker was up for the fourth straight day and recorded another all-time high, after the company it almost met its 2020 car delivery goal.

Yields, including on the Treasury note, climbed while the fell for a second day. 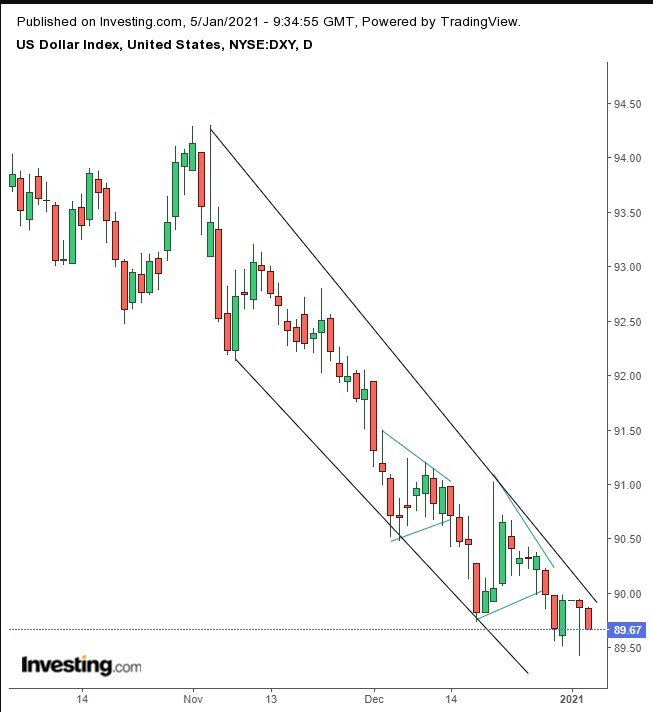 The greenback is trading at the bottom of the range and is retesting the support of Monday’s long-legged hammer, after completing the second consecutive continuation pattern within a falling channel. 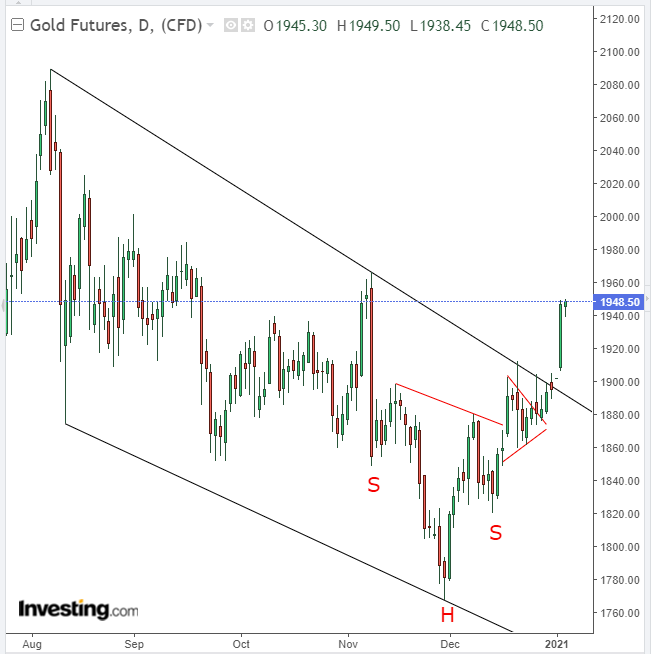 The yellow metal after a H&S bottom, compounded by a pennant, helped it break free of its falling channel since its August record high.

fell for the second day, as gold got its groove back. JP Morgan expects that a drop in the digital asset’s volatility will pave the path to a long-term target of $146,000 per coin. 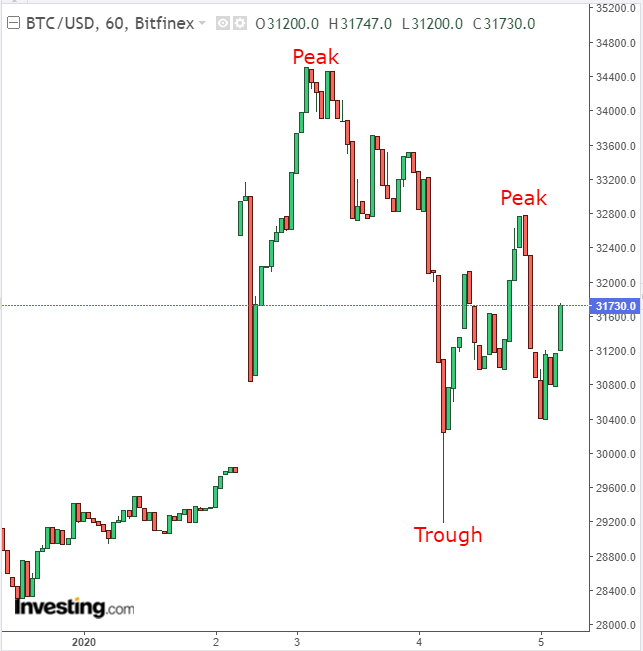 Meanwhile, a drop below $29,178 will establish a short-term downtrend.

rebounded, after an OPEC+ on whether to raise output in February was postponed. It had been whipsawing between gains and losses as COVID-19 lockdowns loomed on demand. 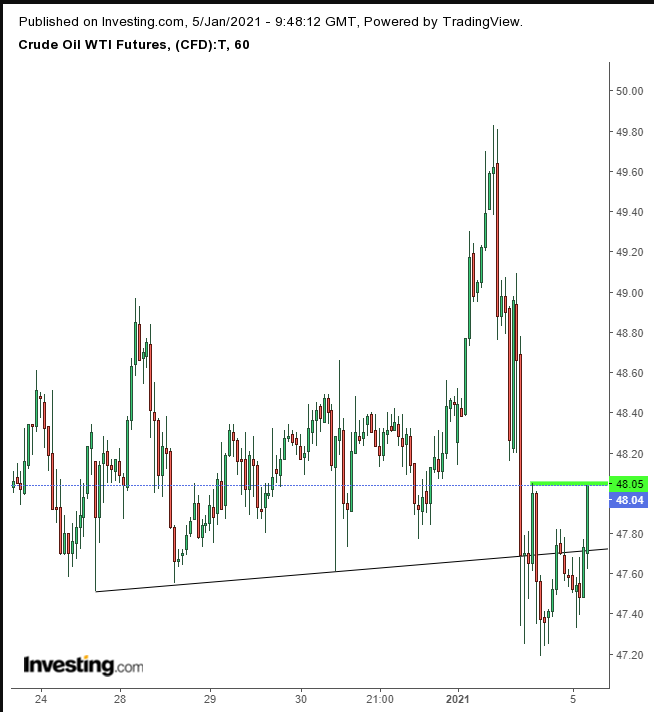 Oil prices were completing a bottom formation, after climbing back above a support since Dec. 27.