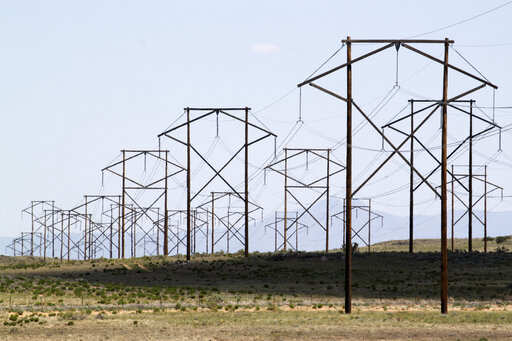 Under the agreement announced Wednesday, Iberdrola’s majority-owned US subsidiary Avangrid will acquire PNM Resources and its assets in New Mexico and Texas. The merger will require approval from a number of state and federal regulators in a process that’s expected to take the next 12 months.

Officials say the transaction is part of Iberdrola’s strategy for investing in regions where regulations related to renewable energy are stable and offer opportunities for growth. New Mexico in 2019 adopted ambitious mandates to become carbon-free by 2045, and Public Service Co. of New Mexico has vowed to meet that standard five years ahead of schedule through the addition of more solar generation and battery storage.

Officials with both companies say the transaction, if approved, will create one of the biggest renewable energy companies in the US with 10 regulated utilities in six states. Dennis Arriola, Avangrid’s CEO, will continue as head of the combined company.

PNM Resources Chairman, President and CEO Pat Vincent-Collawn said the merger will benefit customers, employees and shareholders and that PNM’s leadership over the next year will be focused on closing the transaction and making sure to provide customers with excellent service.

“We’ve got our hands full for a while,” she said during a call with investors and shareholders.

Officials with both PNM Resources and Avangrid said the merger will provide for more opportunities to invest in infrastructure and technology to further their renewable energy pursuits.

PNM already is on track to divest in 2022 from the San Juan Generating Station, one of the largest coal-fired power plants in the American Southwest. It also recently broke ground on a new solar farm that will provide electricity for municipalities and other large customers as part of a new program to boost access to cost-effective renewable generation.

Under the proposed merger, PNM shareholders will receive about $4.3 billion in cash. The purchase price represents a premium of nearly 20% over PNM’s average share price during the last 30 days.

As Avangrid’s majority shareholder, Iberdrola has provided a funding commitment letter for the equity proceeds for the transaction.

Through its regulated utilities, PNM Resources has more than 2,800 megawatts of generation capacity and provides electricity to about 790,000 homes and businesses in New Mexico and Texas.