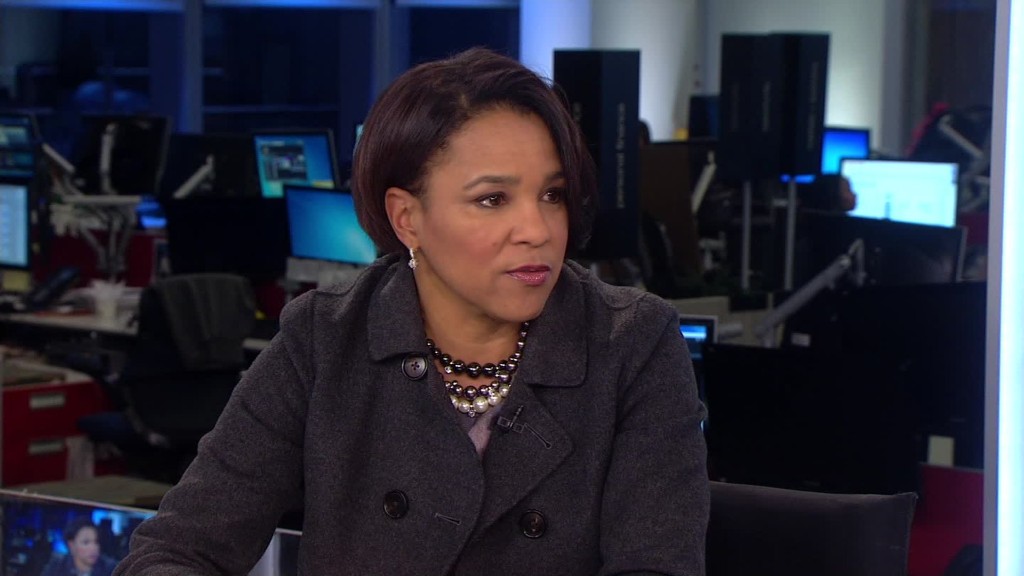 Rosalind Brewer, CEO of Sam’s Club, said she prioritizes diversity at the company. And she’s getting a lot of heat for it.

In the interview with CNN’s Poppy Harlow that aired last week, Brewer talked candidly about her commitment to diversity.

“I demand it of my team,” said Brewer, who is the first woman and first African American to lead a division within Walmart, which owns Sam’s Club.

She said she also talks to her suppliers about diversity: “Every now and then you have to nudge your partners. You have to speak up and speak out. And I try to use my platform for that. I try to set an example.”

Brewer, who has been CEO since 2012, shared an anecdote about meeting with one supplier earlier that day.

“The entire other side of the table was all Caucasian male,” she said. “That was interesting.”

She said that while she chose not to address it with everyone in the room, she was “going to place a call” to the supplier.

That comment spurred a lot of backlash. People called Brewer a “racist” and encouraged a boycott of Sam’s Club stores using the hashtag #boycottracistsamsclub.

Hundreds of social media posts in past day have contained the hashtag, according to Keyhole, a real-time social tracking company. The vast majority of these posts have come from male users.

Doug McMillon, Walmart President and CEO, is in Brewer’s corner.

“For years, we’ve asked our suppliers to prioritize the talent and diversity of their sales teams calling on our company,” he wrote in a statement. “Roz was simply trying to reiterate that we believe diverse and inclusive teams make for a stronger business. That’s all there is to it and I support that important ideal.”

Diversity has become a hot topic in Silicon Valley in recent years, but Walmart’s (WMT) commitment to diversity is hardly novel.

Many see Brewer and Walmart’s commitment to diversity as a positive, calling the backlash and racism charges disturbing.

“Today I am disappointed in humanity,” wrote Isis Anchalee, the engineer behind the viral #ILookLikeAnEngineer hashtag. “Do you realize that 4/8 of her executives are white men? It highlights a lack of empathy, education and logic. This bigotry is only holding our societal advancement back.”

For her part, Brewer has never been shy about speaking her mind.

She told Harlow in a previous interview that her “personal goal for myself is to just be as frank as I can and as honest as I can.”