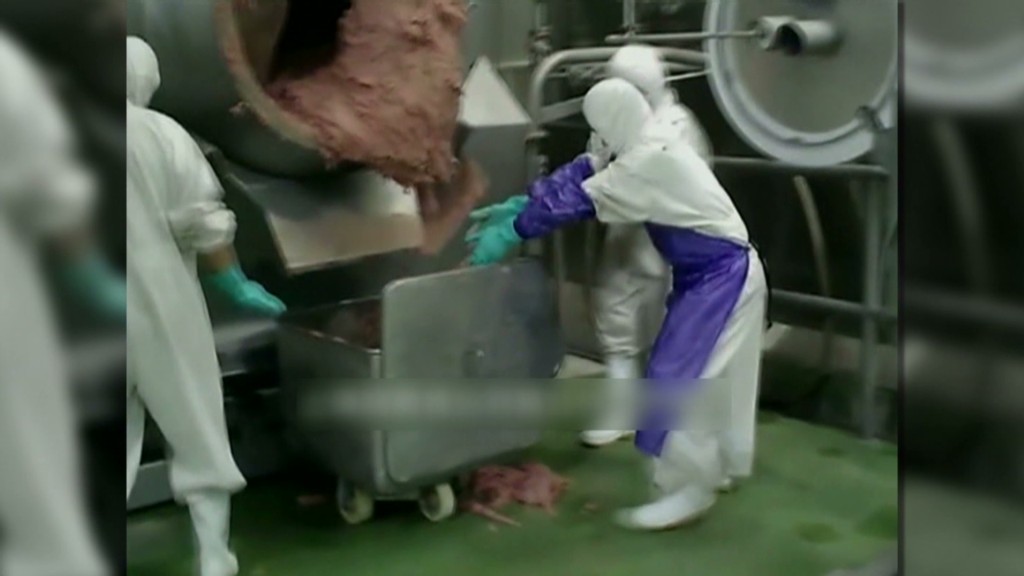 There are no Big Macs. There are no Chicken McNuggets. The menu at McDonald’s restaurants in China was much slimmer on Monday after a troubled supplier issued a major recall.

At one Beijing location, no burgers or chicken items of any kind were available. Instead, staffers were reduced to offering only pies, hash browns, fries, drinks and ice cream.

“Some restaurants across [China] might be out of stock on certain products,” the company said in a statement. “We sincerely apologize to customers for the inconvenience and hope to have their understanding.”

The Big Mac shortage is the latest twist in a food scare that has tarnished the reputations of fast food giants including McDonald’s, Starbucks and Yum Brands in China.

Shanghai Husi, a subsidiary of Illinois-based OSI Group, said Saturday that it would suspend sales and recall all food processed at its Shanghai facility.

Husi did not specify how much food it will recall but promised an internal investigation and new management at the plant. The company also pledged to cooperate with authorities, who have ordered the facility closed and detained five people as part of their own inquires.

The scandal began when Chinese television showed workers at Husi Shanghai handling expired and tainted meat with their bare hands. Workers could be seen processing meat that had fallen on the floor, for example.

It widened as the extent of the company’s distribution came to light. Many well-known fast food chains use the plant to supply their Asian operations.

Most have ended their relationship with the company or stopped selling its products. Among them are Yum Brands (YUM) (owner of KFC and Pizza Hut), Burger King (BKW), Papa John’s (PZZA) and Starbucks (SBUX).

While many of its fast food rivals have rushed to cut ties with OSI, McDonald’s (MCD) said it will continue to do business with the supplier. The American fast food chain will shift its sourcing to a Husi plant in Hebei, before fully transitioning to a new facility in Henan.

The scandal forced McDonald’s to pull food from its restaurants in China, Japan and Hong Kong.

The global chip shortage is going from bad to worse. Here’s why you should care

The global chip shortage is going from bad to worse. Here's why you should care