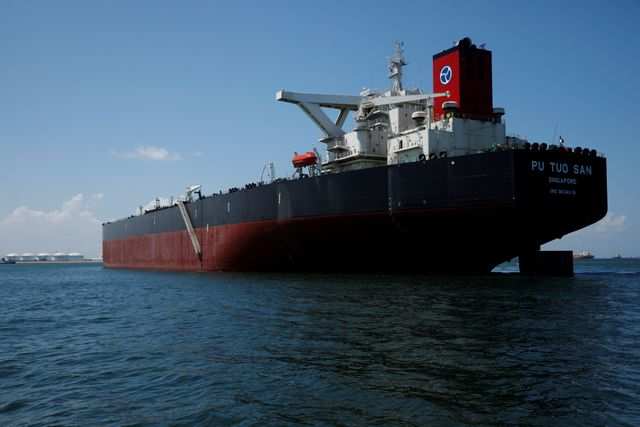 SINGAPORE: Singapore has suspended the licenses to sell ship fuel held by a subsidiary of defunct oil trader Hin Leong Trading Pte Ltd since it could no longer meet the licensing requirements, the Maritime and Port Authority of Singapore (MPA) said on Monday.

The MPA suspended the licenses for Hin Leong’s subsidiary Ocean Bunkering Services Pte Ltd (OBS), an agency spokesperson said in an emailed response to questions from Reuters sent on Oct. 12.

MPA typically issues licenses to supply bunker, or ship, fuel to vessels and to operate barges to transport the fuel to the ships.

“Given that OBS has stopped its bunkering operations since April this year and has not been able to fulfil its licensing commitment to date, MPA has suspended their bunkering licences until further notice,” MPA said. The agency did not specify the exact date the licenses were suspended.

In 2019, OBS was the third-largest bunker fuel supplier by volume in Singapore, which is the world’s biggest bunkering hub with about 50 million tonnes of annual sales volumes.

The MPA did not immediately respond when asked if the licenses of Hin Leong’s other bunker supply unit, Hin Leong Marine International Pte Ltd, were also suspended.

OBS informed customers in April it would suspend marine fuel deliveries after lenders pulled credit lines to Hin Leong, which at the time owed creditors $3.85 billion, amid allegations of fraud and losses on oil trades as prices dropped because of the spread of the coronavirus.

At the start of October, PricewaterhouseCoopers, Hin Leong’s court-appointed judicial managers, placed a notice in local media for the sale of an “independent bunker fuel and lubricant supplier in Singapore.”

OBS owns a fleet of 14 bunker barges licensed by the MPA, according to the company’s website. It supplied about 3 million to 4 million tonnes of bunker fuel in 2019, according to estimates by industry sources.