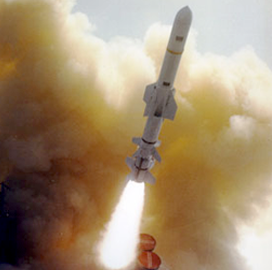 The State Department has approved a potential $2.37B foreign military sale of Harpoon Block II missile systems and equipment to the Taipei Economic and Cultural Representative Office in the U.S. to support the Taiwanese government’s defense modernization efforts.

Boeing (NYSE: BA), which will serve as the prime contractor on the proposed sale, equips the Block II configuration with technologies from the company’s Joint Direct Attack Munition and Standoff Land Attack Missile-Expanded Response programs.

DSCA agreement would require the deployment of two contractor representatives to perform technical reviews, oversight and support services for the FMS customer over a period of up to eight years.

A Peek Into The Markets: US Stock Futures Tumble; GE, Ford Earnings In Focus