Stocks managed to finish mostly higher yesterday, with the rising by around 50 basis points. There was really not much accomplished on the stimulus front, other than the usual back and forth. The S&P 500 managed to rise right to resistance around 3,465 and didn’t have enough strength to breakthrough. I think that likely comes today.

The pattern is still very bullish, in my opinion, and it suggests to me we are likely heading higher toward 3,600 over the next few trading session, I think most likely before the election.

One reason is that as we get closer to the election, it seems that implied volatility levels are again starting to move lower. Now that could be that polls on the national level are so wide that it seems as if we will have a clear winner come election night. If that is the case, then the should continue to fall, which will provide the fuel to help leave the market higher.

Rates continue to surge as expectations for a new stimulus deal continue to build. At this point, equities don’t seem too concerned about higher yields, so 91 basis points may be on the way.

Intel (NASDAQ:) fell by almost 10% after hours after its datacenter revenue fell short of estimates. The company is really just such a disappointment. They can’t get out of their own way; either that or Advanced Micro Devices (NASDAQ:) and NVIDIA (NASDAQ:) are just eating their lunch. The stock is lucky it has so much support in the $48 to $49 level.

Exxon (NYSE:) surged by 5% yesterday and is getting closer to that resistance level at $36.25. That will be a big test of the stock that can reach that price, with a breakout, triggering an advance to $39.30. 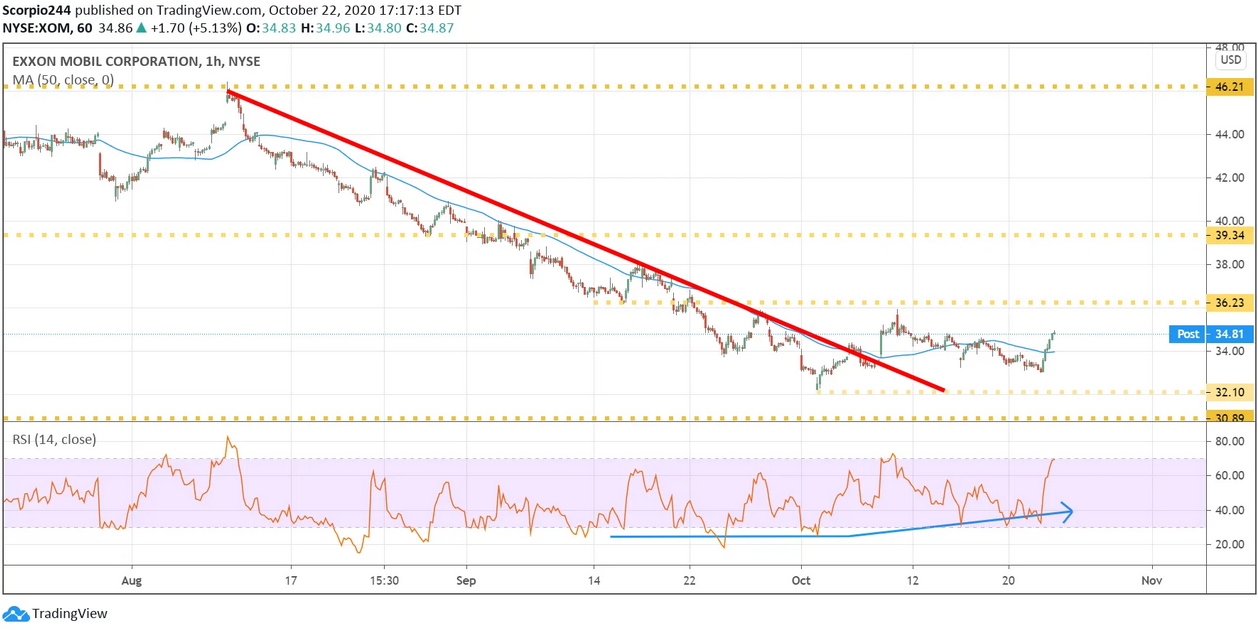 Netflix (NASDAQ:) was weak again yesterday, and the real test won’t come until it gets to $470. That will be the moment of truth for Netflix.

Micron Technology (NASDAQ:) surged yesterday by around 2% and reached a high of $54.85, which is about 1% off from my target of $55.50. I’ll take it a call it a day. I will revisit this one and think about what happens next.