by Walter Byrd
in Supply Chain
0 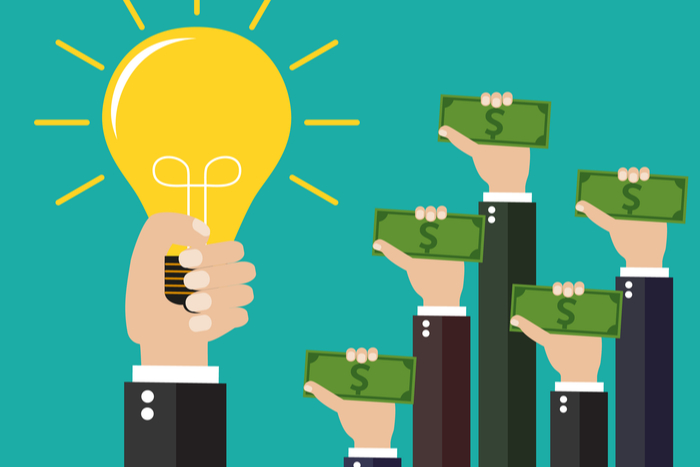 Supply Chain – ‘Our automation plan is now ready to scale’

Supply Chain – How will the deadly winter storm affect COVID vaccinations in Texas? An expert explains.

Supply Chain – The pandemic has made supply chain agility job one

The trio are currently raising a “sizable” fund to invest in startups at the series A and B levels, Stilling told JOC.com in a briefing on the project. The fund will focus, in particular, on companies that understand how to connect the physical movement of goods with software layers that help to better coordinate those movements.

At Maersk Growth, Stilling and Ovesen were entrusted by Maersk Group CEO Søren Skou to primarily invest in startups that had strategic value to Maersk’s transformation from a port-to-port vessel operator to a provider of integrated container logistics services. Hildebrandt served as their counterpart on the business side of Maersk, figuring out where the companies into which Maersk Growth invested could fit in that bigger picture. Among the venture fund’s investment were US digital freight broker Loadsmart and German digital forwarder Forto.

In two podcasts this week, Stilling and Hildebrandt laid out a more complete vision of what they are trying to accomplish with Project Aviato, which they started in December. The name is a nod to a fictional company founded by a character in the venture capital-focused television show and satire Silicon Valley.

“We focus on value creation,” Stilling told the Freightos Future of Freight podcast Tuesday. “Cash is commoditized in this market. We want to fund amazing startups, but we want to accelerate that journey by fixing some of the hard problems that are maybe difficult for them. We’re pretty operator-heavy compared to some of the other people that invest in this space. In supply chain, we believe operators will beat financial investors.”

Stilling and Hildebrandt told JOC.com the main motivation to start an independent fund is the belief they are uniquely positioned to bridge the financing and knowledge gap in supply chain growth equity, “particularly around series A rounds and late-blooming Bs.” The majority of Maersk Growth’s investments came at the series A level.

“So if you were to compare with Maersk Growth, you could argue that we are moving one half round up but with larger checks — and especially in the follow-on rounds to ensure that we can back our winners in a meaningful way,” Stilling told JOC.com

On an episode of the Leaders in Supply Chain podcast Wednesday, Stilling said that he and Hildebrandt will carry over the learnings from three years of investing in startups and driving innovation on the operational side to inform which companies they back at Project Aviato. Hildebrandt said having that process in place will enable the new fund to hit the ground running.

“Over a three-year period, we saw 100 companies every month,” Stilling said on the podcast. “Statistically, we invested in one of those 100. We kissed a lot of frogs. My understanding and perception of what does ‘good’ look like has changed and probably improved.”

Stilling told the Leaders in Supply Chain podcast that after nearly two decades in operational roles at Maersk, he was drawn to the different outlook he could take heading a venture fund.

“In the corporate world, you spend 90 percent of the time talking about our problems, and let’s fix our problems,” he said. “In the venture world, the bleeders are left to bleed. You focus on the upside and your performers. That, for me, has been quite refreshing.”

The decision to leave Maersk Growth, which had made 34 investments in supply chain and supply chain-adjacent startups, was not easy but was partially driven by a desire to work outside the natural constraints of corporate venture funds.

“The difference between corporate venture and pure-play venture is from a pure-play perspective, if you didn’t hit it out of the park, it becomes a failure, so it’s a bit binary, whereas in strategic [venture funds] it becomes a little more complicated,” he said on the Leaders in Supply Chain podcast. “The big question is, when is it incremental and when is it disruptive? On the corporate side, they are good at incremental innovation.”

Hildebrand, in the same discussion, noted that large corporations are often reflexively averse to innovation, even those that have a corporate venture arm.

“There’s an inherent muscle inside a corporate organization to kill anything that’s different,” he said. “You’re venturing into spaces that for the overall company is a blip. It means nothing. It’s a rounding error. [You need] to give the space to go out and build something. Søren said to Sune with Maersk Growth, ‘I’m going to give you air cover. Don’t worry.’ That’s extremely important for this type of set up.”

Hildebrandt and Stilling said they believe they can connect the dots for founders that see a pain point in logistics or supply chain but struggle to build a business around that idea.

“Founders from outside the industry tend to significantly underestimate the movement of physical goods,” Stilling said. “And even experienced founders tend to underestimate the complexity of corporate sales, and overestimate the value of having a proof of concept. Say you’re a major retailer that wants to change their [transportation management system]. That’s not a decision you make on a Friday afternoon. That’s deep in the core in the operating system of the company.”

They said that it’s important, as a founder, to understand why a $5,000 to $10,000 proof of concept at the corporate level is vastly different than who is willing to invest $1 million in recurring revenue in a product.

On the Freightos podcast, Stilling added that there is a need to think less about niches and more about connective technologies that marry physical processes.

“Why do manufacturing and supply chain sales universes have to be thought of as something different?” he said when asked to explain why Maersk Growth invested €1.5 million in the Portuguese fast fashion technology startup Huub in 2019. “Why can I not interact with the T-shirt the same way when it’s a factory as I do when it’s in a container, when it’s in a warehouse, when it’s in a shop? And even when it’s returned?”

Interestingly, on the Freightos podcast he also noted that startups aiming to disrupt the companies that own physical logistics assets — and container lines in particular — might have an uphill battle.

“If I was going to found my own startup today, I probably would not go after what the carriers do,” he said. “I think they are very good at what they do. We’re excited by ocean freight, but it’s very contested, and the people doing it are very good at it.”

Maersk Growth generally invested at the seed stage, with some follow-on investments made in series B and C rounds. Aside from capital, Stilling said Project Aviato, at the later stage in which the fund plans to invest, can primarily assist founders in two areas: sales and financial management.

“How do you run a professional sales setup that scales so you’re not reliant on the founder being the only one who can sell, from lead generation to closing, in a B2B setting?” he told the Leaders in Supply Chain podcast.

“The second area is finance,” he said. “That’s not accounting, but growing your business according to your cash flow. It’s not [earnings before interest, taxes, depreciation, and amortization] or profit that kills your business, it’s cash flow. A founder may say, ‘we’re growing and growing,’ but you just gave your customers 30 days credit and you gave your suppliers 30 days credit. What are the implications not just when you’re at $1 million in sales but $100 million, $200 million, $300 million in sales? What are the implications when your sales cycle is 18 months?”

Supply Chain – ‘Our automation plan is now ready to scale’

Supply Chain – How will the deadly winter storm affect COVID vaccinations in Texas? An expert explains.

Supply Chain – The pandemic has made supply chain agility job one