For the commercial aircraft industry, near-term demand for new aircraft is virtually zero. For the longer term growth will still exist and for me that is a major reason to keep my shares of Boeing (NYSE:BA) and Airbus (OTCPK:EADSF), but that also means that I am keeping a close eye on how the prospects of certain programs are changing. In this report, I want to have a look at why the Boeing 777X is under significant pressure that could potentially trigger reach forward losses for the program. It’s a subject that has been a focal point for many of my readers, some of whom are expecting a reach-forward loss announcement soon. 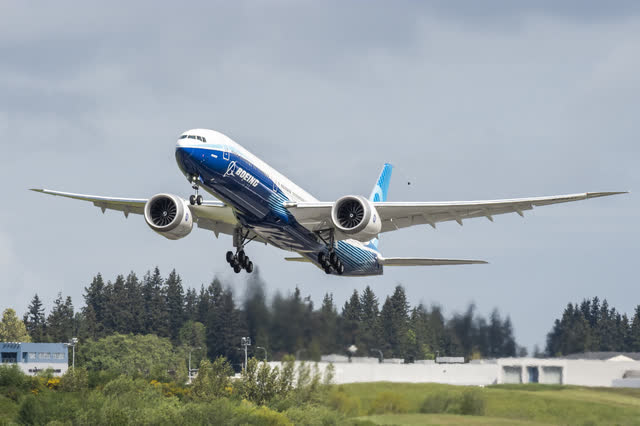 To understand the potential of reach forward losses and how that impacts earnings, we have to start by looking at the program accounting method that Boeing utilizes. Boeing does not use a unit-cost accounting method where revenues and costs for a certain aircraft delivery are recognized upon delivery of that particular aircraft. Instead, the company sets an accounting quantity, mostly looking five years out within a framework where it can estimate the costs and revenues of multiple blocks of aircraft and those costs and revenues are averaged to calculate an average program margin. The risk with this method of course is that the cost estimates are not correct and in that case Boeing will be forced to recognize charges when the program margin drops below zero.

For the Boeing 787 program, this is a big deal as the gap between what Boeing believes is the average margin and what it so far has realized in profits differs by billions of dollars. For the Boeing 777X program, that same accounting method could potentially trigger a loss even before a single Boeing 777X has been delivered to customers.

The Boeing 777X was launched in 2013. At that time, the aircraft couldn’t be launched and delivered fast enough to customers. Since then, even before the pandemic, a lot has changed and the market for aircraft with more than 400 seats has been softer than previously anticipated. Generally, you could say that the airlines that have asked Boeing to develop the Boeing 777X have been under significant financial pressure due to regional tensions and lower oil prices affecting on one side the demand for new aircraft to support growth and on the other side it affects the value proposition for the aircraft, because the key selling point of new aircraft is the lower fuel consumption. So, airlines haven’t really been lining up for the Boeing 777X and that was before the pandemic and obviously the pandemic reduced demand for new aircraft including aircraft in the 400+ seat segment even more. 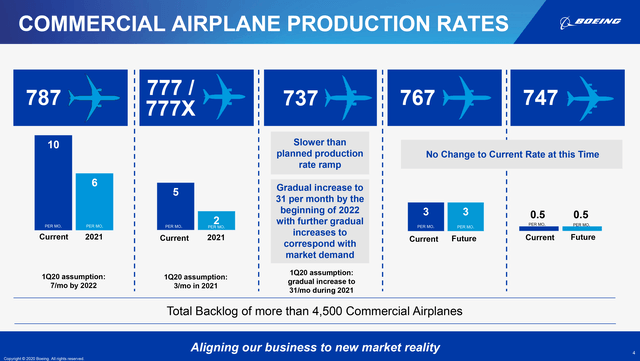 That means that some efficiencies in the system will be lower as production becomes more efficient on higher production rates.

With the lower production rate, there will also be an increase of absorption of fixed costs per unit and to that we should add another element. That other element is that program footprints in Everett will significantly change in 2021 and 2022. In 2021, the Boeing 787 line will be closed in Everett and the Boeing 747 will be closed in 2022. So, programs that previously carried some of the overhead costs are closing down and that would result in the Boeing 777 program to carry a higher allocation of the fixed costs while already having to spread existing overhead costs over fewer units. So, that cost absorption is a damper on profits.

Delays to the program 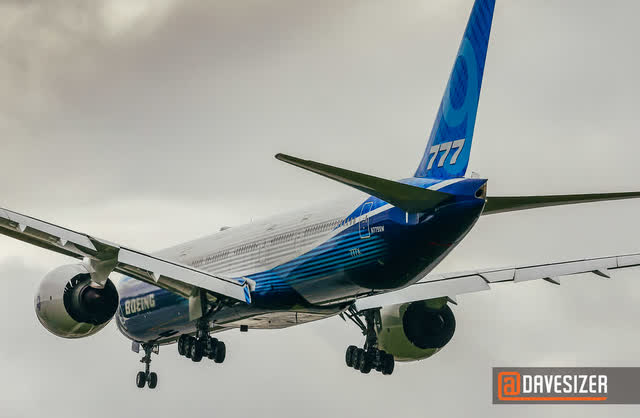 Another element that does pressure the program are delays. Currently the first deliveries are delayed until 2022. That reflects to some extent customer preference to not accept the Boeing 777X by 2021. Most notably there were engine issues sparking a delay to 2021 and the program also had another setback during pressurized testing but that might not have necessarily caused any additional delays. Potentially, the certification process will be more time consuming for than earlier anticipated due to the broken trust between Boeing and the Federal Aviation Administration and additional time might be required due to COVID-19 to perform certification tasks. So, there are delays for various reasons and while the delays are now coming in handy for customers of Boeing 777X amid falling demand, the delays likely do require Boeing to provide customer compensations either in the form of reimbursing these customers or by actually lowering the sales price, which is the unpreferred way to settle compensations.

So, the need for certain forms of compensation exerts pricing pressure on the program but there are several other factors that also do exert some pressures. The first one is that the business case for the Boeing 777X is significantly weaker than it was at the time of launch, because oil prices are lower. While I believe the Boeing 777X will significantly decrease fuel consumption, measured by dollar value the savings will be less robust than they were years ago and that might no longer warrant a certain premium on the purchase that customers were willing to pay when the Boeing 777X was launched seven years ago.

On top of that, airlines have really been liking the Boeing 787 and Airbus A350 and in combination with falling demand for air travel and subsequently the need for 400+ seat aircraft brings added layers of pricing pressure.

The sum of all parts

The sum of all parts is that from cost perspective Boeing is facing increased costs due to higher overhead absorption driven by program footprint changes and lower production rates, lower efficiency gains also driven by lower production rates and potential customer compensation due to the deliveries being delayed. Customer compensation in the worst case could also increase pricing pressure and other elements increasing pricing pressure are the current weakened value proposition for the jet driven by demand for air travel as well as lower oil prices warranting a lower premium on purchase.

So, we have pressure on revenues and increased costs which lower the potential profits. Currently Boeing is not expecting that revenues do exceed costs and that is very important to keep in mind, but the company also recognized that significant pressure does exist on the program that could eventually result in Boeing’s projections showing that costs to complete the program exceed revenues in which case the company will be recognizing a reach-forward loss.

*Join The Aerospace Forum today and get a 35% discount* 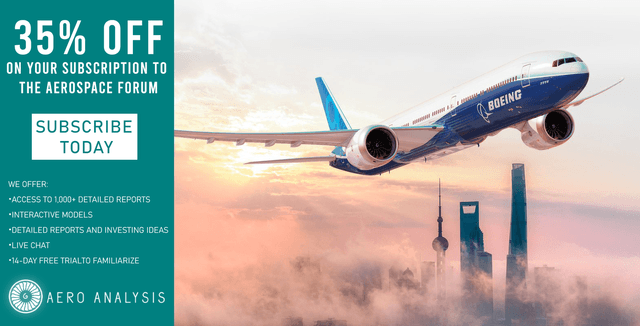 The Aerospace Forum is the most subscribed-to service focusing on investments in the aerospace sphere, but we also share our holdings and trades outside of the aerospace industry. As a member, you will receive high-grade analysis to gain better understanding of the industry and make more rewarding investment decisions.

Disclosure: I am/we are long BA, EADSF. I wrote this article myself, and it expresses my own opinions. I am not receiving compensation for it (other than from Seeking Alpha). I have no business relationship with any company whose stock is mentioned in this article.

The Nintendo Switch is actually in stock, including the Animal Crossing special edition

The Nintendo Switch is actually in stock, including the Animal Crossing special edition