Too much federal spending? Don’t tell the private sector

by Mark White
in Procurement
0 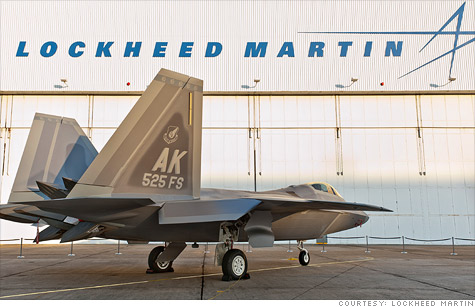 The U.S. government spends roughly 14% of the federal budget on private contractors, of which defense contractor Lockheed Martin is the biggest recipient.

NEW YORK (CNNMoney) — The push to slash federal spending in the name of curbing deficits and getting rid of “big government” could hit the private sector.

The reason: The federal government now spends more than $500 billion a year — or roughly 14% of the federal budget — on private-sector contractors.

That’s more than double what it spent in 2000, said Dan Gordon, a government contracts expert who oversaw federal procurement policy for the White House from 2009 to 2011.

Spending on contractors rose fairly steadily over the past dozen years as government agencies became “dramatically more dependent” on them, Gordon said.

About 80% of all IT functions at federal agencies are done by contractors, said Paul Light, the Paulette Goddard Professor of Public Service at New York University.

And some agencies are more dependent than others. The Department of Energy, for instance, now spends 90% of its budget on contractors that manage the department’s sites and carry out its missions, according to a report from the Government Accountability Office.

The fierce debate over how to replace the so-called sequester — a rash of automatic, mostly across-the-board spending cuts that will take $110 billion out of the economy next year — has raised concerns over the potential job loss. Defense contractors, which are the biggest recipient of government funds, are at the top of the list.

The Department of the Defense awarded $374 billion in contracts in fiscal year 2011, according to USASpending.gov. That was nearly 15 times the second largest amount awarded by a federal agency, in this case the Department of Energy. Near the bottom of the list was the Federal Maritime Commission, which awarded a mere $840,000.

But behemoth companies like Lockheed Martin (LMT, Fortune 500) — the country’s biggest contractor — aren’t the only ones to receive federal contracts.

In fiscal year 2010, for instance, the government gave close to $100 billion in contracts — or nearly 23% of eligible dollars — to small businesses, according to testimony Dan Gordon gave before a House subcommittee.

And small businesses often serve as subcontractors to companies like Lockheed, which uses 40,000 suppliers.

Indeed, even if his estimate is on the high side, it still would dwarf the number of actual federal workers employed directly by the government. There were 2.1 million full-time federal civilian workers at the end of fiscal year 2011, not including members of the military or the postal service, according to the Office of Personnel Management.

When politicians call for smaller government and lower federal spending, they often focus on reducing federal workforce costs, including headcount.

“What they usually mean is fewer civil servants. They don’t mean have the government do less,” Gordon said.

And until they do, that assures private contractors will continue to play a central role in government.