Walmart Stock – Is Bed Bath & Beyond Stock a Buy?

Walmart Stock – Is Bed Bath & Beyond Stock a Buy?

Bed Bath & Beyond‘s (NASDAQ: BBBY) stock has dropped more than 40% over the past five years as the retailer has struggled against rivals like Amazon, Walmart, Target (NYSE: TGT), and IKEA. Its management also failed to stop the bleeding as it faced accusations of nepotism and self-enrichment.

But in 2019, activist investors ousted CEO Steven Temares and replaced him with Mark Tritton, Target’s former chief merchandising officer. Tritton replaced most of the company’s C-suite, divested its real estate and non-core banners, and launched fresh plans to renovate its stores, improve its supply chain, and expand its e-commerce ecosystem. 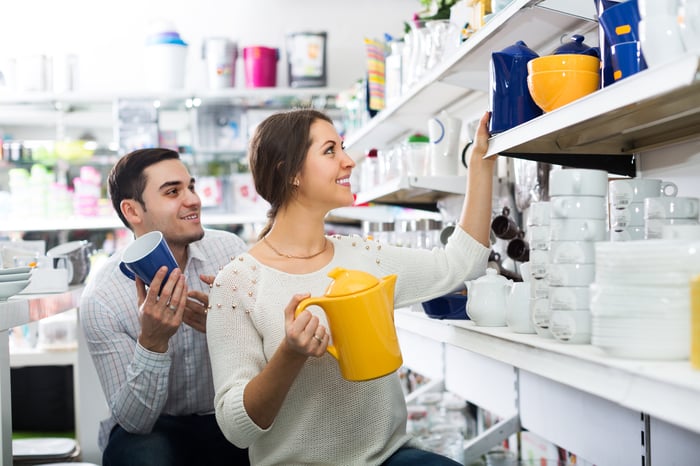 But the pandemic abruptly disrupted those plans, and Bed Bath & Beyond’s stock sank to a 25-year low during the COVID-19 crash last March. Yet it subsequently rebounded and skyrocketed to a five-year high of nearly $53 in late January amid the Reddit-fueled short squeeze.

Bed Bath & Beyond couldn’t maintain those ephemeral gains, but its stock has still rallied nearly 550% over the past 12 months. Does that bullish interest indicate it’s time to buy this stock?

Bed Bath & Beyond’s business was already in bad shape prior to the pandemic. Its revenue fell 7% to $11.16 billion in fiscal 2019, which ended last February, and its comparable store sales slipped 6.9%. Its net loss widened from $137 million to $613 million.

In the first nine months of fiscal 2020, its revenue declined 18% year-over-year to $6.6 billion. It didn’t disclose its comps growth in the first quarter due to pandemic-related store closures, but its comps rose 6% in the second quarter, marking its first quarter of growth since the fourth quarter of 2016, and increased another 2% in the third quarter.

It generated that growth by divesting most of its non-core banners, including Christmas Tree Shops, One Kings Lane, and Cost Plus World Market. Those divestments raised fresh cash, removed the weaker brands from the company’s year-over-year comps, and enabled it to focus on the growth of its four core banners: Bed Bath & Beyond, buybuy BABY, Harmon Face Values, and Decorist.

It also marked 200 underperforming Bed Bath & Beyond stores, which accounted for about a fifth of the banner’s locations, for permanent closures last year. It plans to close about 120 of those locations by the end of fiscal 2021, which should further boost its comps growth.

The expansion of its e-commerce business also paid off as the pandemic forced more people to shop online. Its digital sales jumped 82% in the first quarter, 89% in the second quarter, and 77% in the third quarter — and the company gained more than seven million new online shoppers in the first nine months.

Stabilizing the margins and reducing inventories

Bed Bath & Beyond’s adjusted gross margins expanded year-over-year in the second and third quarters as it reined in its markdowns and coupons, sold higher-margin products like bedding and bath products, and reduced its distribution and fulfillment costs. 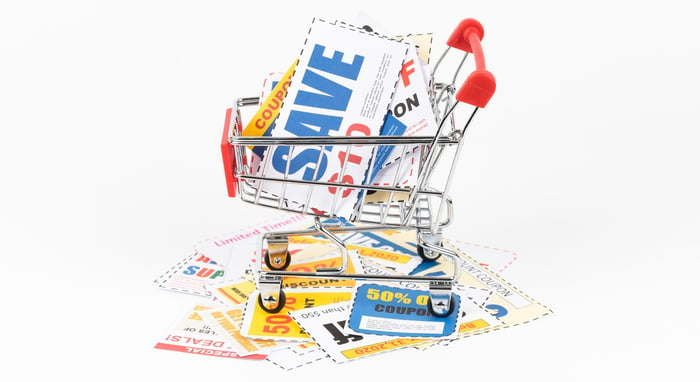 Reducing inventories while maintaining stable margins can be challenging, but the company’s stabilizing gross margins indicate it can still offset its sales of low-margin clearance items with higher-margin products.

In early March, it announced plans to launch “at least” eight private-label brands in fiscal 2021. That strategy — which mirrors Target’s expansion of its private-label business — could boost its gross margins, reduce its dependence on third-party vendors, and differentiate it from other retailers.

It also reduced its debt by about 25% in the first nine months of fiscal 2020 by raising more cash through its divestments, store closings, and real estate sales. It even had enough cash left over to launch fresh buyback plans, which slightly reduced its share count year-over-year, and it ended last quarter with $1.5 billion in cash and equivalents.

The outlook and valuations

Analysts expect Bed Bath & Beyond’s revenue to decline 17% to $9.3 billion for the full year. The company expects its revenue to drop another 12%-14% in fiscal 2021 as it shutters more stores.

Based on those forecasts and a projected return to profitability in fiscal 2021, its stock looks reasonably valued at 22 times forward earnings.

I didn’t like Bed Bath & Beyond when it was mismanaged in the past, but Tritton’s turnaround efforts seem to be working. It could continue growing as it jettisons its non-core banners and weaker stores while expanding its private-label brands and online business.

Therefore, I think this retail stock is worth nibbling on right now — but prudent investors might want to wait for the company to post its fourth-quarter earnings later this month before buying more shares.

10 stocks we like better than Bed Bath & Beyond
When investing geniuses David and Tom Gardner have a stock tip, it can pay to listen. After all, the newsletter they have run for over a decade, Motley Fool Stock Advisor, has tripled the market.*

David and Tom just revealed what they believe are the ten best stocks for investors to buy right now… and Bed Bath & Beyond wasn’t one of them! That’s right — they think these 10 stocks are even better buys.

IBM Stock - 3 Stocks to Build Your Portfolio Around | Fintech Zoom

Tesla Stock Price Today - Why Did the Stock Market Go Nowhere? Tesla and Growth Got Crushed.